We're welcoming you back to another craftsmanshsip interview. This week, we sat down with Steve Coulter the creator of '45 Renegade' to get an insight into the making of his wonderful record cover prints. Find out how Steve took his mere inspirations and created this fully formed british brand.

SGB: What first inspired you to start 45 renegade?

Steve: This artisan 45renegade project came about as a result of me displaying a few of my seven-inch single vinyl records on a shelf in my music room, then after much trial and error perfecting a way of increasing the scale in high resolution. This revealed the patina and exaggerated the bold colours employed by commercial artists which differentiated their products in record stores. The vinyl record paper sleeve is perhaps an accidental design classic and deserves some recognition.

In a way, this project was serendipitous because ultimately it was my connection to Andy Hamilton that enabled me to print these at the scale and quality I demanded. As I started to work through my singles box it was obvious there were twenty to thirty distinct styles and colour combinations that were photogenic enough to produce a print. This series has less to do with the actual artists and labels, more the representation of this distinctive commercial art period.

SGB: How did you transfer from mere inspiration to a fully formed brand?

Steve: The first prints I produced for myself had stopped people in their tracks at the printers and then again at the framers, so I realised they had commercial potential. I have always produced, collected and had an opinion on specific art genres one of which is Art Brut (Outsider Art) hence the name 45 (rpm) and renegade came together. I had the skills to produce my own website, content, and branding. With this, the logo, look and feel came together.

SGB: Your vinyl record collection seems very influential on your brand/designs, what impact do you think the age of your records has on the prints?

Steve: The commercial art, fonts, colours and styles of the Sixties and Seventies have always been nostalgic to me as I am a Mid Century enthusiast. The patina, rips and tears of everyday use over several decades are vital to the art aspect of these in addition to this having a 3D-lite effect from the high definition and a little shading here and there. They’re photogenic as generally, the designers employed complementary colours. One or two I have enhanced to improve the appearance. 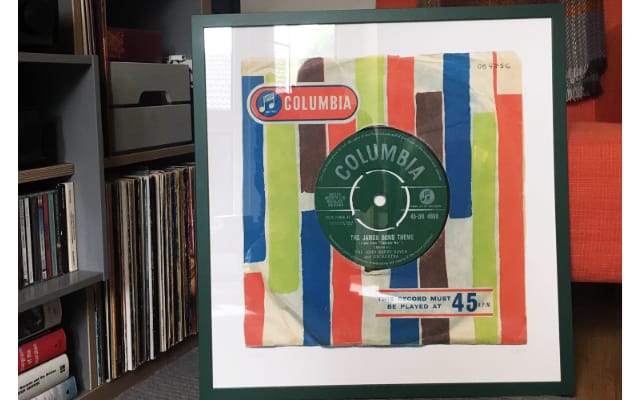 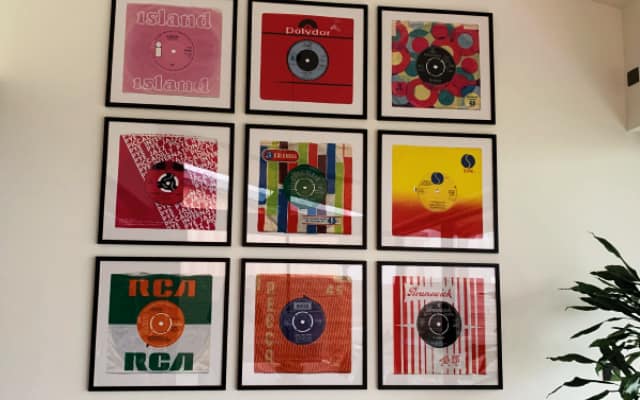 SGB: Did your love for art and graphics start with records or are there other influences too?

Steve: I am a lifetime pop and rock music enthusiast who grew up in an environment of prints & printing as my grandfather was a commercial printer and then a renowned fine art serigrapher (highly detailed, multiple pull screen printing). I have always drawn and as a child, I would copy fonts, brand names and even re-design performance car bodywork as technical drawings. I also produce my own Op (Optical) pop and Abstract Art as larger punchy pieces. My near lifelong interest in mid-century art styles carries through with this series as one of the concepts of Pop Art is the magnification of everyday objects and events as art reveals in a new light. E.g. Andy Warhol and Jasper Johns. My prints are literally Pop Art.

SGB: Quality is really important to us at SGB, can you talk us through your choice of paper for the prints?

Steve: My collaboration with Andy Hamilton who prints my editions is fundamental to their quality. Andy is not only an obsessive but a highly experienced commercial printer who employs ultra-modern industrial-scale Ink Jet Printers. He also uses a very expensive shrouded ‘colour-correcting’ Apple Mac so the print is exactly matched to my image (this will resonate with anyone who prints colour photographs at home). The term Giclée applies to fine art inkjet printing and when combined with specific paper types can add little depth to the image. After experimenting, we settled on museum quality Hahnemuhle 308gsm 100% Cotton Matte Photo Rag paper and fade-resistant ink and not lease because it’s beautiful quality. The prints are superbly produced and of the highest quality. I enjoy receiving the great feedback I receive from buyers.

SGB: Likewise, why the Giclée printing method over lithography?

Steve: As I mentioned before, Giclée printing is more accurate and creates a deeper print in the matte cotton rag paper. Offset lithography is fine for posters on card and silk sheen thinner paper, but these are far greater quality.

SGB: Where is the manufacture of your designs done and what inputs have you had in this process?

Steve: As I mentioned, I create the design and sometimes add effects or alter the colour balance for
effect. The printing is done commercially on industrial quality printers.

SGB: The designs of your artwork have been around for many years so why is it important for you to revive these designs as artwork?

Steve: These retro seven-inch sleeves were commonplace in the period, but over time as in the eighties and nineties picture sleeves replaced the branded ones and recently digital CD and streaming replaced everything these styles became nostalgic. Labels like Brunswick were merged into larger corporations. Maybe there will be a branded paper sleeve revival now that vinyl is outselling CDs again. Although it seems unlikely the seven-inch single will have a renaissance.

SGB: Which of your prints is your favourite and why?

Steve: A parent cannot have a favourite child; however, I love my Metal Guru as it captures the whole project in one print. Zeitgeist, colours, patina and it looks amazing. People in the Marc Bolan and T-Rex fan club have acquired this print. I also have a special place for Strange Town as I can recall when and where I bought it, there’s a mark now magnified on my print where I removed the price sticker (probably 79p) and I also painted in a jukebox centre for effect on this one. I also love the All Right Now print as I used artistic licence in combining an older battered sleeve from a Jethro Tull single with a later Island centre label, patina enhanced, and you just don’t see much art in pink! That one looks amazing.

SGB: Is there anything exciting in the pipeline for 45renegade?

Steve: Having created prints for most of the singles I wanted, I now offer a service to commission one-off pieces, the latest is the Trashmen - ‘Surfin’ Bird’ on the navy-blue Stateside label for that record’s greatest fan! I have also created art cards of my images with a narrative about the project on the reverse. I continue to produce striking large-scale Abstract and Op Artwork. 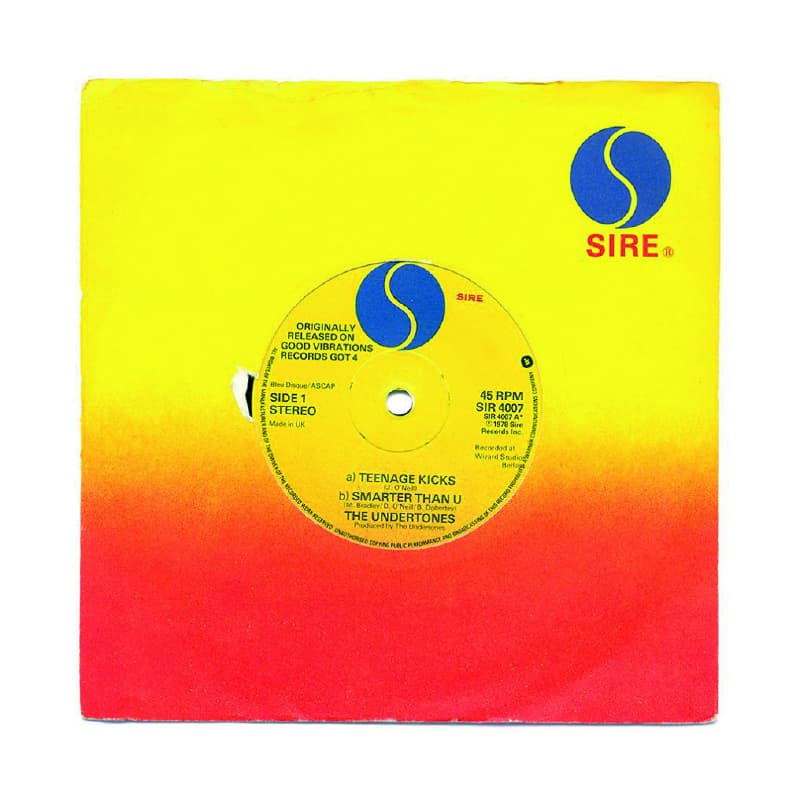 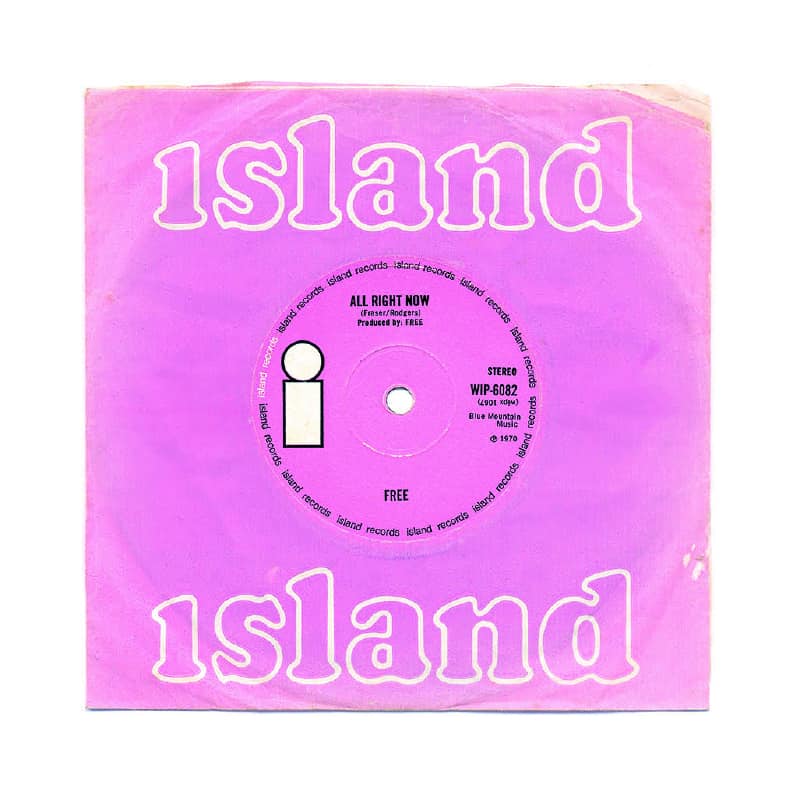