The muddy waters of history often throw up some discrepancies and the ‘Harrington’ is certainly one of them. There are two manufacturers who claim to be the genus of the jacket. A ubiquitous jacket that has come to represent both the establishment and the anti-establishment. No other item says punk or preppy at the same time than the Baracuta G9.

The story certainly started in North West England in the 1930’s. The torrential rain clouds that hung over Manchester may have been the inspiration for the the ‘blouson’.

Baracuta of Manchester where owned by two brothers John and Issac Miller. The brothers started their business producing waterproof outerwear for Burberry and Aquasqutum. They also supplied the British Army and England’s 1966 World Cup winning side. The design for the first G9 blouson appeared in 1937. But less than and hour up the road in Burnley are the distinguished Grenfell, who claim they designed the first Harrington in the early 1930’s. The only thing that is for certain is that the G9 by Baracuta is the jacket we all perceive to be the original. Even if it wasn’t technically the first. The distinctive Fraser tartan, which was granted for use by the then Fraser Clan Chief, the 24th Lord Lovet in 1938 makes a Harrington, a real Harrington to any aficionado.

So, the story we now tell is that of John and Issac Miller, keen golfers and possibly social climbers. The G9 blouson was first designed with the golf course in mind. Elastic sleeves and waist as not to restrict swing. Slanted pockets to easily slip golf balls in and out. Waterproof fabric, well it was Manchester. And stand collar with double buttons to keep the wind off your neck. The jacket is called a ‘Swing Jacket’ in Japan for exactly those reasons. The name Harrington though didn’t come about for quite some time. It was always a ‘G9 blouson’ and the G stands for, you guessed it, Golf.

There was a touch of nobility and aspiring class about the G9. The golf clubs of Britain became awash with them. No self-respecting Duffer would be seen in anything but a Harrington. Especially whist trundling around 18 holes, nor propping up the 19th hole.

In the 1950’s Baracuta started exporting to the US and there they found a market bigger than they could have imagined. And product placement that most brands could only imagine. The preppy Ivy League boys began sporting the G9. It was sporty, yet formal enough to look like you had made an effort. The preppy look was just perfect for the G9. 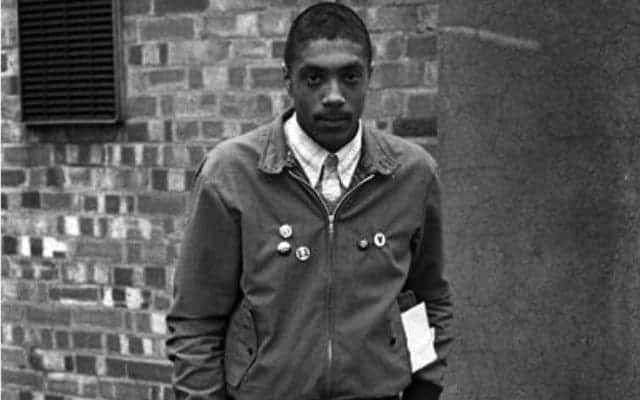 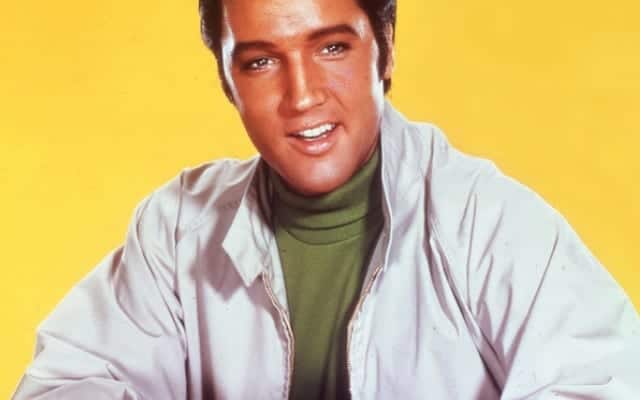 Then the big breakthrough came. James Dean nonchalantly wore a red Baracuta G9 half zipped over a simple white T in Rebel Without a Cause. A symbol for rebellious youth ever since. Whether you were a Mod, a Punk, a Skinhead or a Rudeboy nothing like a Baracuta G9 said you were rebelling. In 1958 Elvis popularised the G9 even more by shaking his hips in King Creole. And then Steve McQueen gave it another push in The Thomas Crown Affair. He even wore one on the front cover of Time magazine.

Its nickname the 'Harrington' comes from a 1960’s American Soap Opera, Peyton’s Place. Ryan O’Neal wore a G9 and his name was Rodney Harrington. But it wasn’t until John Simons the owner of a The Ivy Shop, a preppy fashion store in Richmond, South West London began putting a sign on the Baracuta G9 ‘The Rodney Harrington Style’ that the name began to stick. People then just started to abbreviate it to ‘Harrington’.

All sub cultures apart from maybe greasers have taken the G9 to heart and has made it part of their uniform. From Punks wearing black Baracuta G9s with Soiuxsie/PiL/Pistols badges all over the front. With the Fraser tartan lining showing and a chalk CND logo scrawled large on the back. The sartorial elegance of the MODS made the crisp yet casual line of the G9 fit well with their Italian inspired look. The Skinheads liked its no nonsense shape and utilitarian ethic. You could say that the G9 is a chameleon. It seems to blend into every sub culture yet stands out and make it its own.

As previously said, the Baracuta G9 is the establishment and the anti establishment. Not only do punks, MODS, Skinheads or Rude-boys swear by the Harrington, so do the Police Departments of Israel, the U.S, Germany, Austria and New Zealand. The US Air Force even supplies the incoming President with one to be worn on Air Force One. And JFK was so often photographed in one that you may have thought he had shares in the Manchester firm. 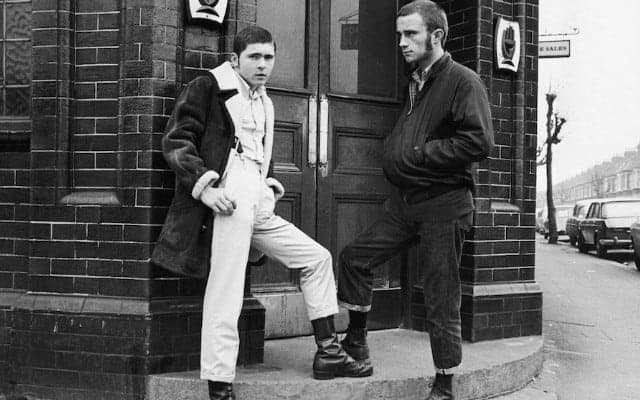 However you wear yours? Be it with a Fred Perry, with braces and a buttoned down shirt, or a white t-shirt. One thing is for sure you are wearing a jacket that is the personification of cool. That effortlessly shape shifts with time, style and fashion. A British iconic design that stands the test of time in what ever situation it is worn in. As the song almost goes Babararacucudada it ain't Baracuta but I think we have a hit jacket.

Below you can discover some other British design icons like Fleming 007 driving gloves, Banton Frameworks Tortoise shell sunglasses and Dick Winters luxury underwear: that will undoubtedly last as long as the Baracuta G9. 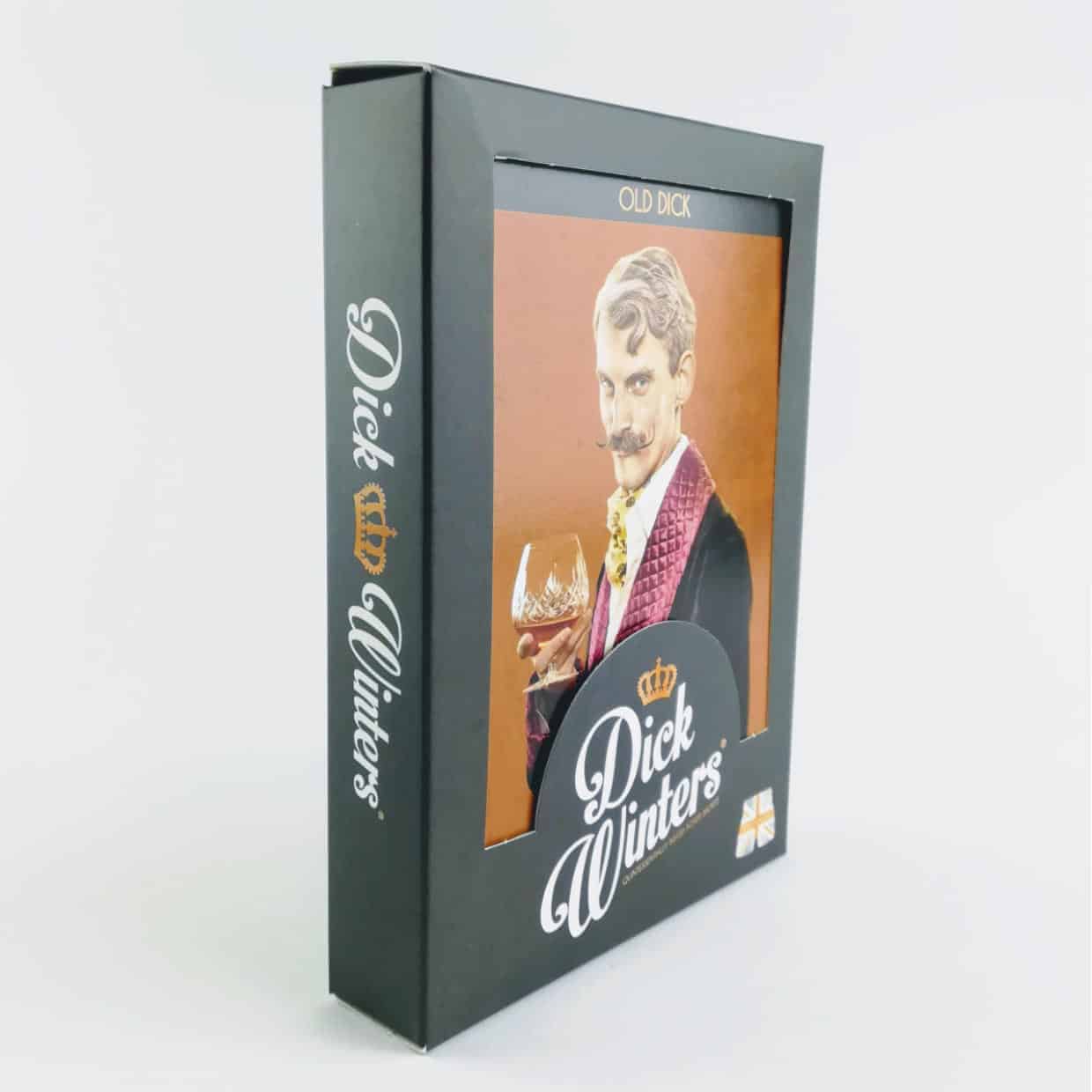