If there is one thing that Britain is world renowned for then it is the great British pub. Foreigners love to step through the door of a public house and soak up the atmosphere. No where else is pub culture so prevelant than in the British Isles. Hospitality at a hostlery is something that most of us love. A visit to the local, to see friends is a wonderful leveller. But it is not just the classic pub that Britain has an abudance of (although they are closing and diminishing at an alarming rate) Britain also has some strange pubs, some extraordinaary pubs and wierd pubs with weird histories.

We a decided to explore the strangest British pubs that you may not of heard of. From Britain's smallest pub to Britain's highest pubs and a pub whose cricket team play on the beach. We are a nation that is known for a bit of eccentricity and all of these British pubs have at least a small amount of eccentricity. Like the pub that has kept it bar fire lit continuously since 1845. 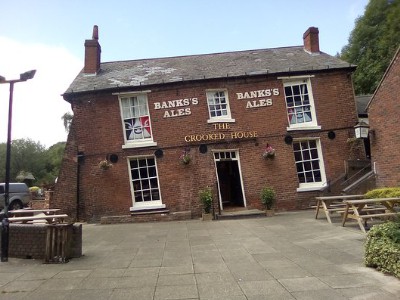 Originally called The Sidon House (which is Black Country for crooked house). The Crooked House has a reputation for making customers feel like they have had one too many even before they have a had a single drop. The building was originally built as a farmhouse in the 1700s but became a pub in 1830. Inside there are optical illusions that it is famous for, like rolling marbles that seem to roll uphill. The 4 foot subsidence is due to coal mining in the area but thankfully the lopsided pub has been saved. 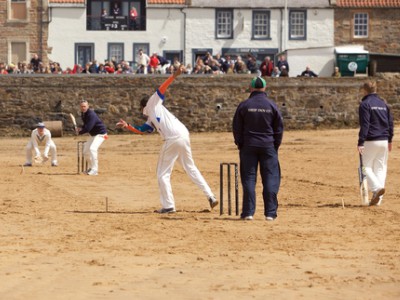 There are many pubs across Britain that overlook the village green that doubles as a cricket pitch but cricket on the beach with a pint in hand. You can't get more British than that. The Ship Inn in Elie is the only pub cricket team whose pitch is a beach. From the terrace outside the pub you can watch the team play. The video on their website is certainly worth a watch. 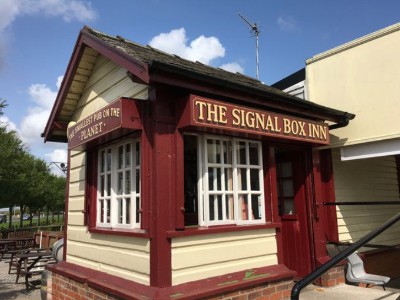 There are many pubs who vie for the accolade of the smallest pub in Britain. The Little Prince in Margate which only has room for six, including the barman.  The Nutshell in Bury St Edmunds which is noted as its 'Biggest Tourist Attraction' or the Lakeside Inn, Southport which was once in the Guinness book of Records as the smallest. But with only 3 bar stools we believe that the Signal Box Inn situated in the Cleethorpes Coast Light railway. They do though have a large outside space, which makes it worth a visit. Especially if you have a train enthusiast in the family.

Probably the last tin pub left in Britain. It has been standing since 1876 and has been a mainstay of the local community and further afield since then. It is an odd place that shuns the modern world in style and attitude. It was in danger of closing like so many other British pubs but is now community owned, that community though isn't just in the local area. The hundreds of part owners of Tafarn Sinc live around the world from New Zealand to Canada. . 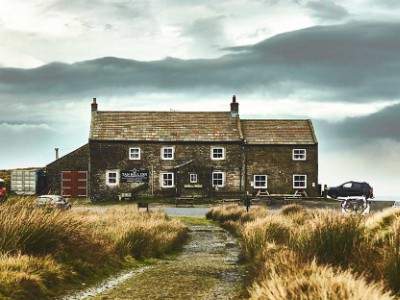 If it is fresh air you like with you beer then Tan Hill Inn sit high on the North Yorkshire Dales. So high in fact that it is the highest pub in Britain. And there has been an inn on that lonely spot since 1586. It has been 'snowed in' over 50 times, most famously in 2009 when a New Year's party were stuck there for three days. Sounds terrible, 3 days stuck in a isolated pub on the Pennine way with only beer, food and a log fire to keep you company.. 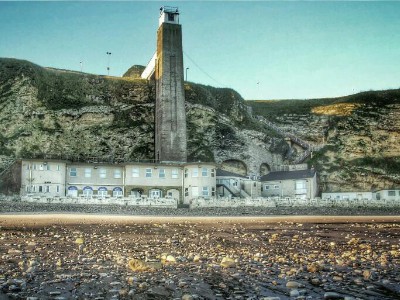 It is believed that the Marsden Grotto is the only pub built into caves in the UK. Facing into the North Sea it has a splendid history that includes a character Jack the Blaster who in 1782 created the caves to make a rent free home and whose history involves smuggling, murder and ghosts.  A truly unique pub experience with a beach front terrace to be covid safe. 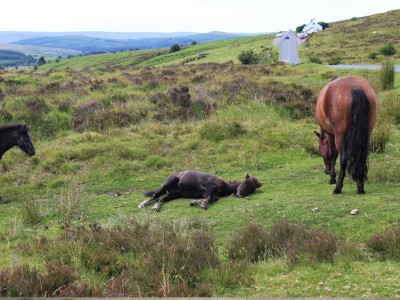 Slap bang in the middle of Dartmoor National Park stands the isolated Warren House Inn. With breathtaking views that not only includes Dartmoor but also you may be lucky enough to see wild Dartmoor Ponies and Highland Cattle. But what makes the Warren House Inn unusual is that they have kept the bar's open fire continuously lit since 1845. 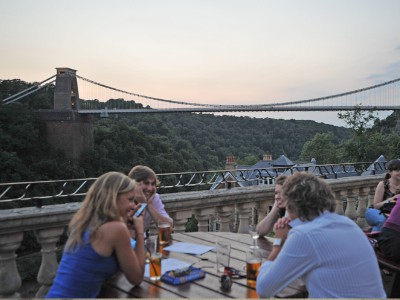 The White Lion in Bristol is maybe not the most unusual pub in Britain but is does have one thing that is rather extraordinary. Its view. Perched high on the cliffs above the Avon gorge it has quite possibly one of the best view from any pub terrace. That view is of Isambard Kingdom Brunel's magnificent feat of engineering, the Clifton suspension bridge. The terrace is also a real treat at night when the bridge is lit up. 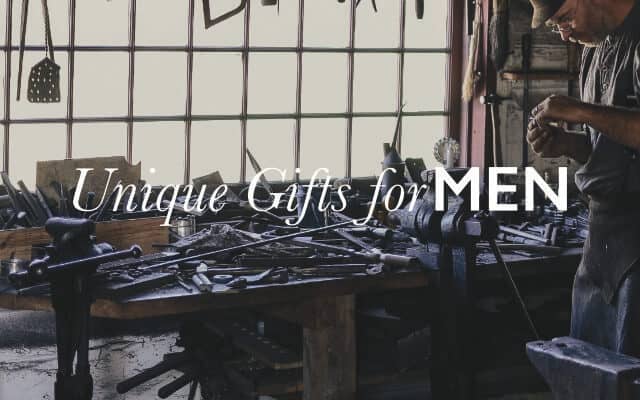 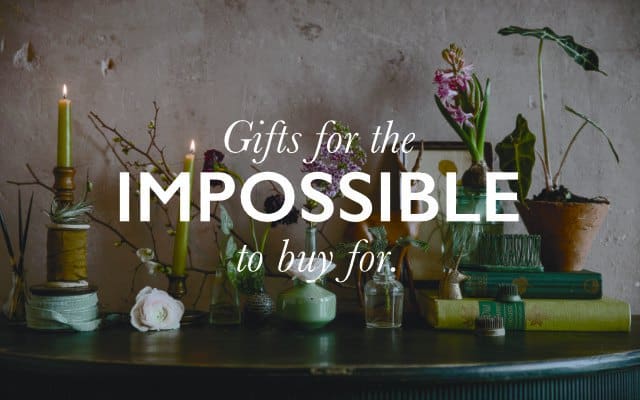