Take a look at the history of British youth movements and there will be one constant. One thing that never changes, one thing that shouts smartness with a rebellious timbre. The Fred Perry M12.

The laurel wreathed emblem that sits elegantly on the left breast. With the twin stripes that adorn the perfectly tailored collar and tightly tucked sleeve. That name synonymous with angst, opinion and belonging. A Fred Perry says so much. And says it in a way that no other brand does.

It might be a surprise to many that wear a Fred Perry nowadays, that the man himself actually had the same angst. An outsider mentality with an anti-establishment outlook that those youth cultures who love the symbol do. There is a relevance to mods, skinheads and punks. Fred Perry was in every way, in his day, just as provocative.

Born to a cotton spinner from Stockport. Perry was a working class boy with Northern roots and hardship tales. His fate, to become probably the world’s most famous tennis player was born when his father became a left-wing activist. The family moved to West London so his father could become the secretary of the Co-Operative Party.  And later through social climbing a member of Parliament. The burgeoning tennis club scene was flourishing. It was also changing by beginning to open its doors to not only the rich but also to aspiring families. The Perrys took advantage.

An attitude that has endured.

The trouble was that Fred had an attitude. An attitude that he put down to the establishment not accepting him as one of them. He though it wsa due to his working class roots. He didn’t help this situation though and would often go head to head with the LTA and All England Club. A eminent and influential  Davis Cup team insider called Perry ‘A bloody upstart’. Fred believed that sport was for winning. Where as the thinking at the time was very British, sport is for the taking part and for amateurs. But Fred, like many working class boys wanted to earn money from his talent. He was known for his ruthless streak both on and off the court.

Although he was the first man to win every Grand Slam and 3 Wimbledon titles. He spent most of his career on the US circuit where he amassed a small fortune. He always found that the American attitude to money and class more to his liking. In 1937 he was barred from all LTA courts in Britain. They also took his honorary membership to the All England Club away from him. He was a rebel and an outcast, just as those youth cultures saw themselves over the next 50 years. ‘The struggle against the class society’ was a slogan of the time. That could have quite easily have been coined by Fred Perry and his new founded company.

The Fred Perry brand began in earnest when Perry began to wrap gauze around his racquet wrist. Essentially, which not many people know he invented the sweatband. Perry was approached by and Austrian footballer Tibby Wegner about creating the sweatband commercially. The prototype was made of towelling and went into production in Leicester in the 1940’s. Perry refused to pay people to wear his products, which incidentally the company still does today. He did though gave them free to players to wear in tournaments. Again he was a pioneer in brand placement and sports endorsements. The success of the sweatband motivated the company to start producing the now famous and infamous slim fitting polo shirt. The M12.

The wreath logo is a true icon of British design yet it was almost not to be. The original logo Perry insisted on was a pipe as he was an avid pipe smoker. Wegner persuaded him though, that maybe smoking wasn’t the best image for a sports brand. Wegner suggested the laurel wreath, the roman emblem of victory. The only problem was that this was the logo of the All England Club and Davis Cup team. You could say his nemesis. They tentatively asked for permission to use the wreath as their logo. To their great surprise Colonel Duncan McCauley gave Perry and Wegner permission. Even though the attitude towards Perry from them was that he was certainly not one of them.

In 1952 the Polo shirt went into production and it never looked back, apart from in anger sometimes. 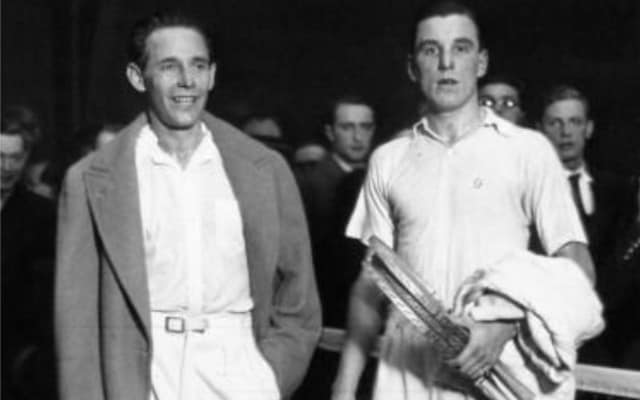 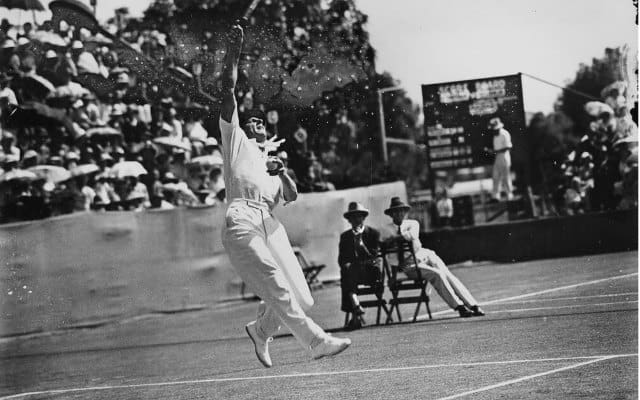 In the 1960’s working class kids began adopting the Fred Perry. As a symbol of rebelliousness. It was the mods and the skinheads that first showed the laurel wreath on their chests. A symbol that made you part of the gang yet outside of society’s norm. It was inclusive and exclusive at the same time. Signalling you were part of a tribe. Worn as a badge on the streets, the dancefloors and on the terraces. The non conformist uniform.

Whether you were a skinhead listening to the imported sounds of SKA and Rocksteady or a Mod listening to the the Mott the Hoople, The Kinks and the Small Faces. Wearing a Fred Perry under your slim fitting Italian suit the wreath showed the world who you were.

The classic M12 has never faded. Countless pop icons used it as a staple in their wardrobe and are Perryheads. From The Specials to Daman Albarn through to Amy Winehouse and Paul Weller and on a broader scale Don Letts, JFK and Bradly Wiggins. Not a generation goes by where the revival of the M12 appears.

It hasn’t had an easy life though and has been fraught with controversy. As more modern nationalist skinheads took to wearing the M12. These skinheads aligned themselves with the British National Front. They though had nothing to do with the Jamaican influenced scene of previous years. They gave the shirt a bad rep and anyone wearing one was seen as racist or at least nationalist. This is truly unfair on the egalitarian brand that Fred Perry is. Inclusive and exclusive all at the same time. 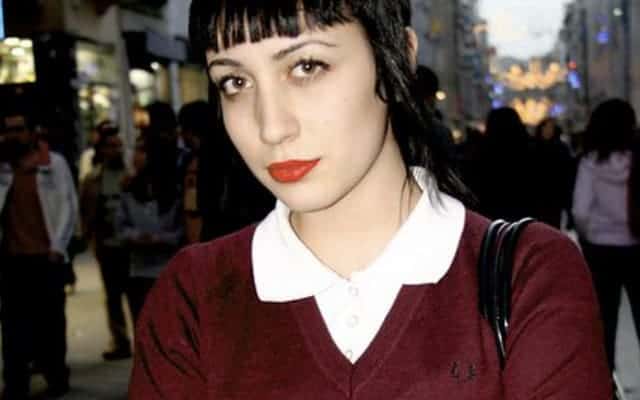 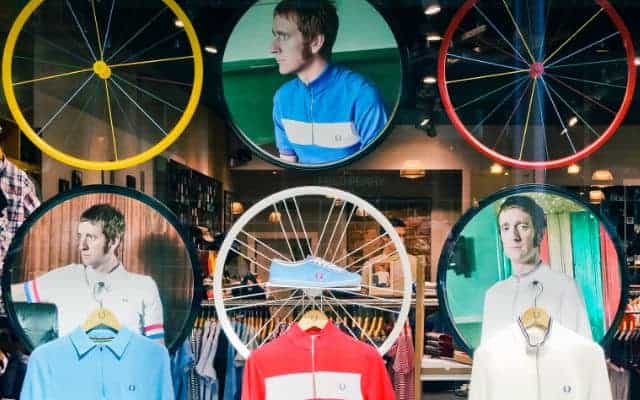 Only in later life did Perry and the British tennis authorities reconcile. The All England Club realising that they hadn’t created another star for over 50 years, finally erected a statue of Perry in 1984. And hoped that he found the All England Club a more amiable place nowadays.

Perry was fairly philosophical when it came to his name and achievements. Acknowledging that his sportswear brand was probably more famous and revered than himself, but he didn’t mind that.

Whichever flag you march under, the Fred Perry laurel wreath logo will undoubtedly be sitting slap bang in the middle.

Below you'll find a few items that we think Fred would have enjoyed in his life being a dashing kind of chap, who was never the norm. 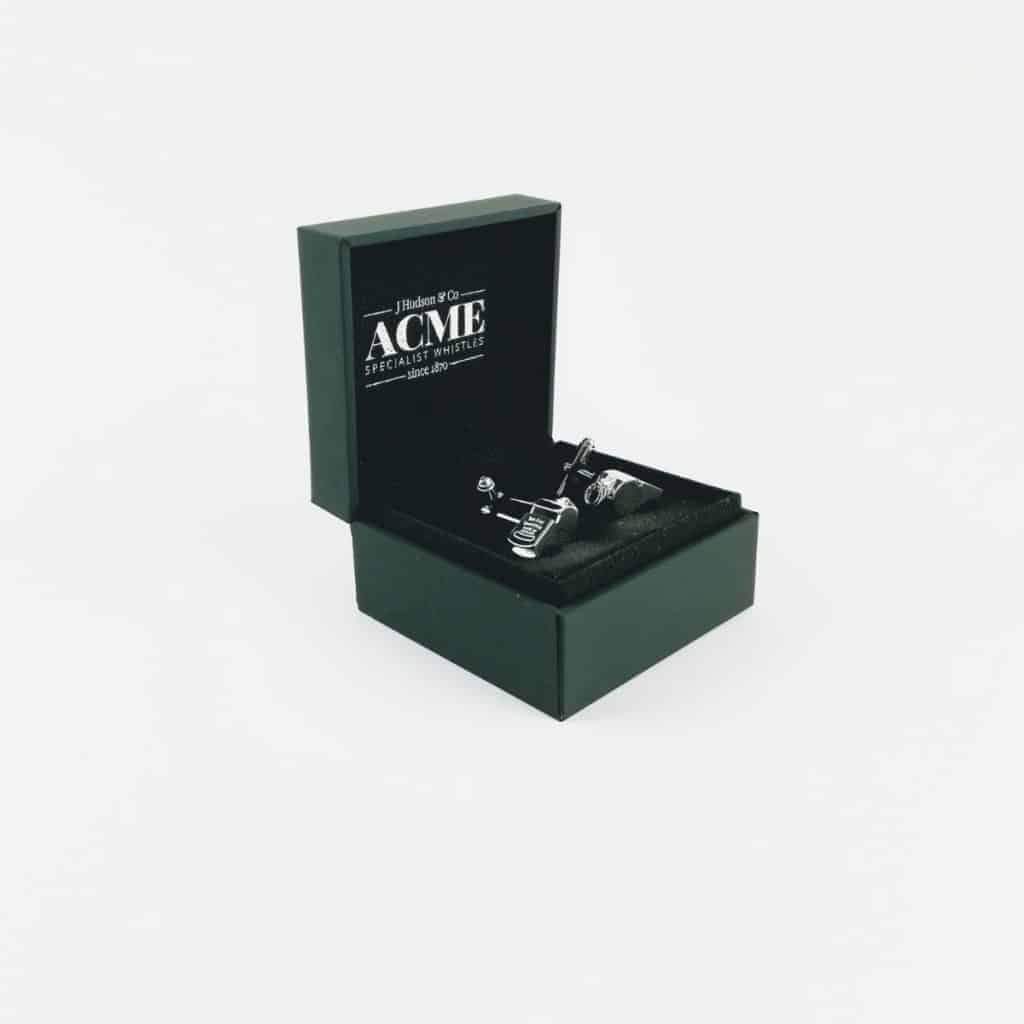 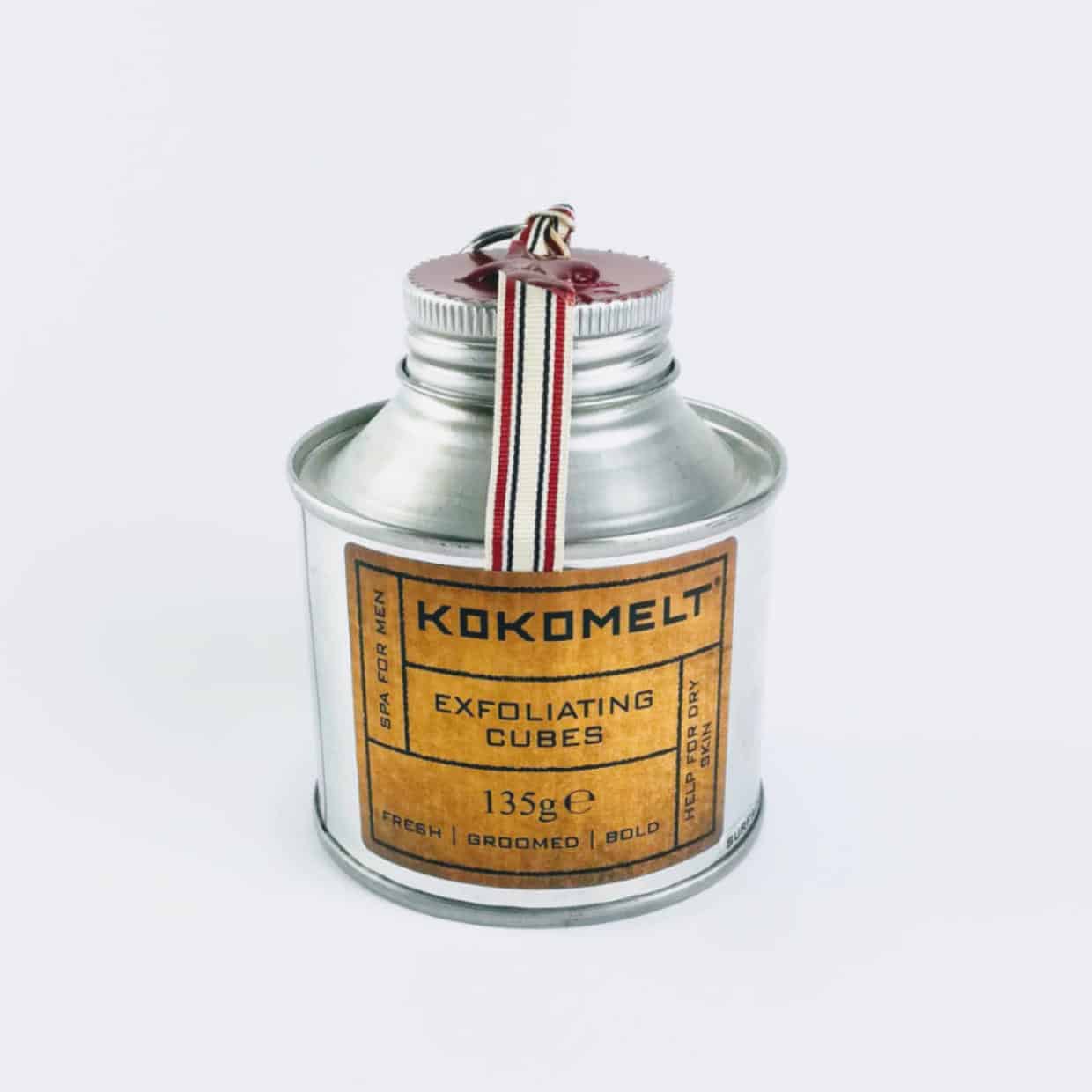 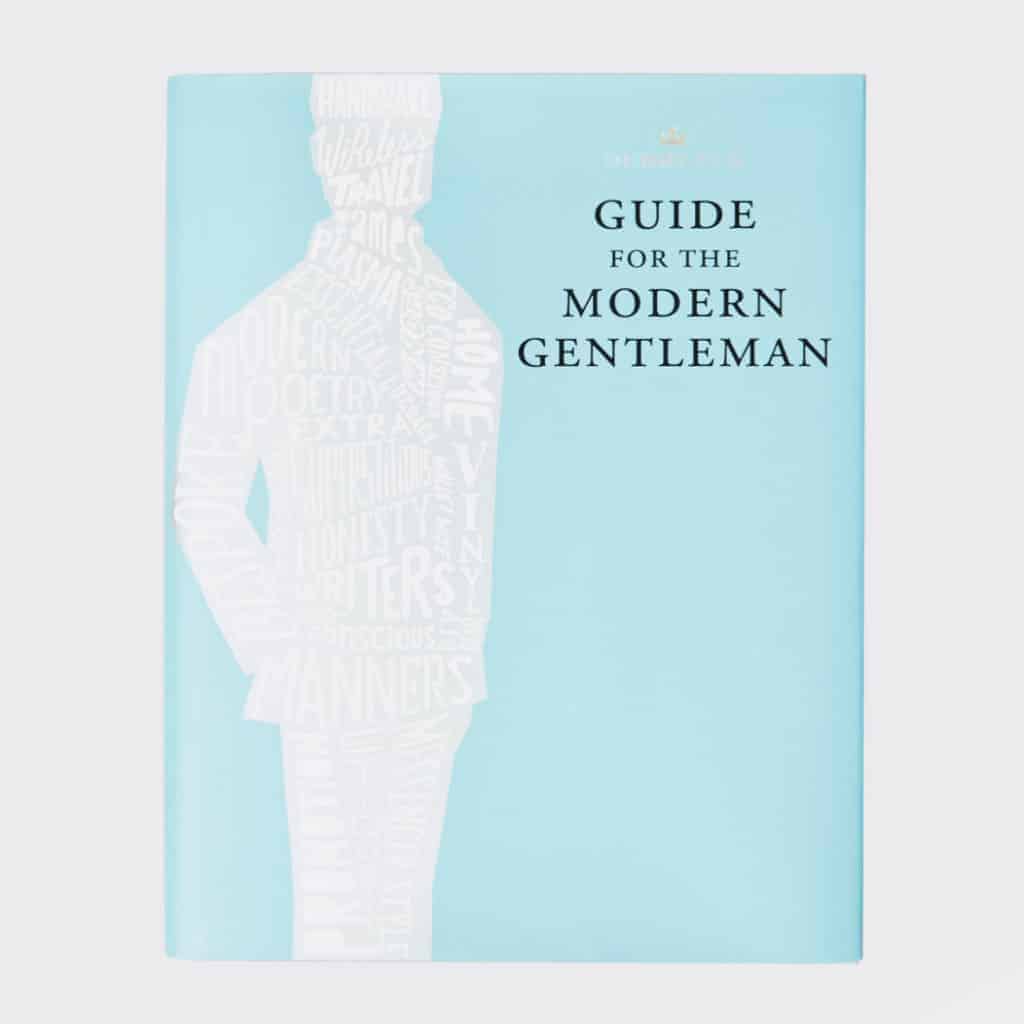 DEBRETT'S/Guide for the Modern Gent 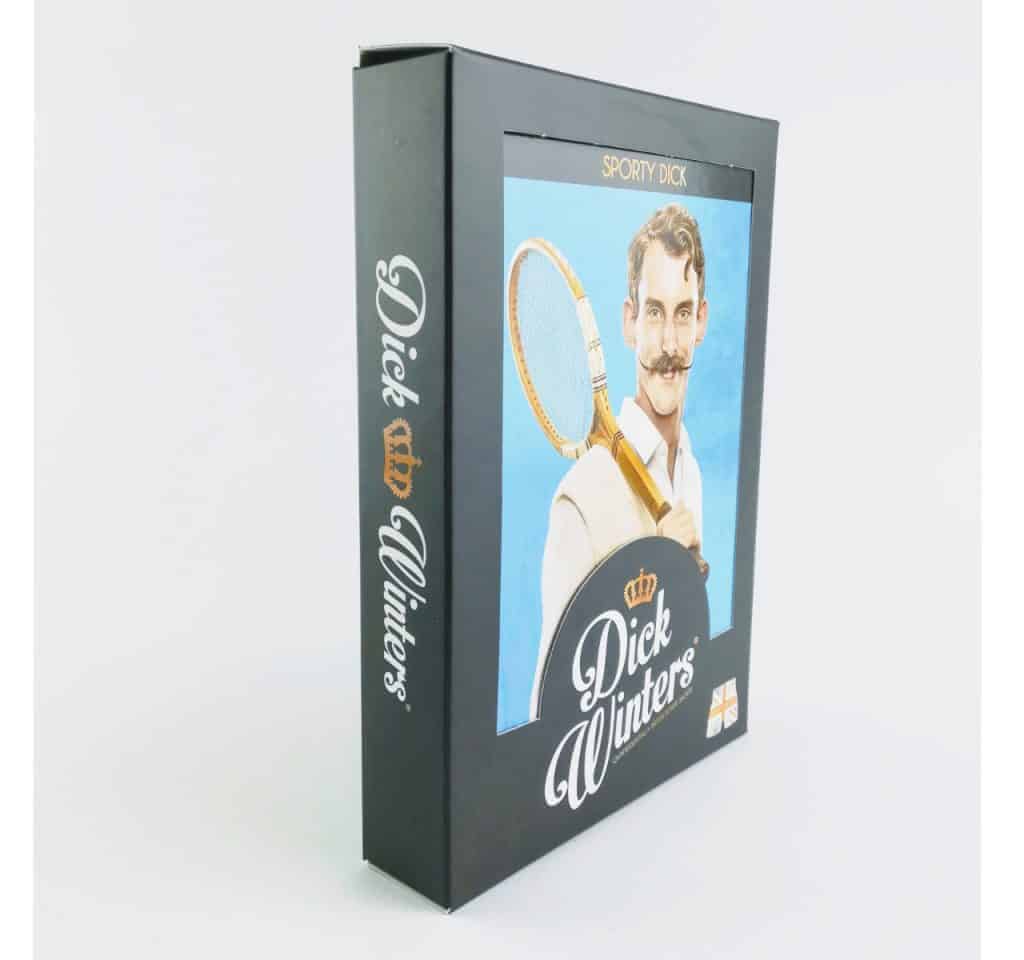