A history of THE FLAT CAP

The Flat Cap has been a cornerstone of British History and culture for well over a hundred years. But why has such a simple and unassuming piece of headwear become so universally associated with a good day's work and the British work ethic? The history of the Flat Cap holds more significance to British society than you would think. From Knights to Factories and beyond, this little piece of history is truly a Made In Britain story.

Britain has many recognizable things that have become synonymous with being British. Our love of tea that borders on obsession, the rolling countryside, our stiff upper lip, the terrible weather, her majesty Queen Elizabeth II, red buses and black taxis. While many of these things are inarguably British. Even our German Queen, east Asian tea and weather isn’t unique to us. There is little universality between these examples and the inhabitants of Britain through the long and storied history of this steadfast little island we call home. 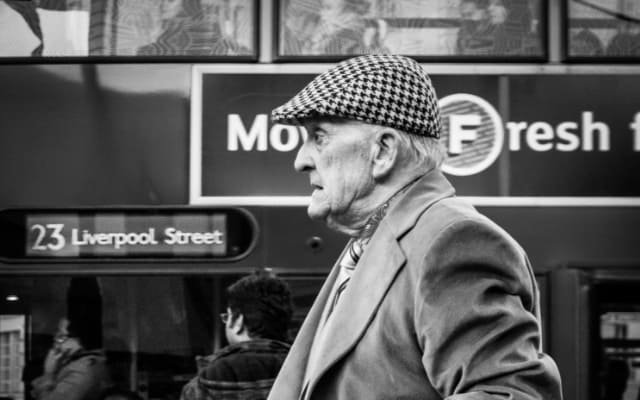 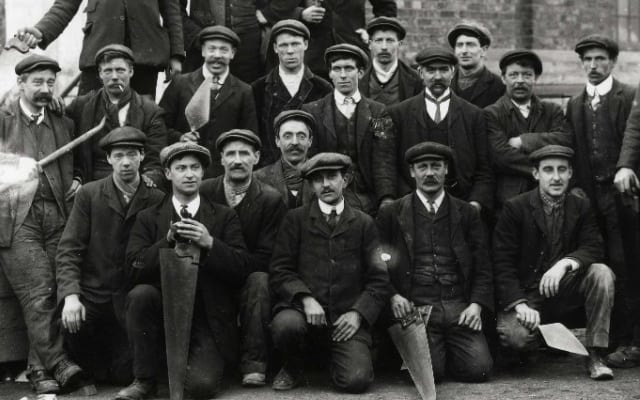 Throughout the years, British fashion and the wearing of it has changed drastically. From hundreds of years ago and even within the twentieth century. Who has and could wear specific articles of clothing has been ever shifting. At points laws have been enacted to control who can wear what and even when it can be worn, talk about fashion police. Through it all however, there has been a single item of clothing that, while unassuming and deceptively simple, has stood the tests of time.

Headwear has been an important part of British culture for longer than many could even fathom. Having both cultural and religious significance at times, and social connotations at others. While you may picture an individual in a black pin striped suit with matching umbrella and bowler/top hat strolling past Big Ben as a typical Brit, there’s another image that may come to mind. That of the modest workaday individual with an old suit and a Flat Cap perched on their head.

The history of the Flat Cap can trace its roots back to fourteenth century Northern England. The image of a medieval knight doffing his Flat Cap to a fair maiden is humorous to say the least, “Thy Peaked Blindeth’rs” as it were. During this time it is likely they were called a Bonnet, but that only lasted for three hundred years until the term Cap came along.

Traditionally made from tweed or wool, the Flat Cap is characterised by a thin small,  rounded stiff brim situated at the front and a small overhang of fabric attached to this brim. This gives a rather distinctive look. It does bear some similarities to the old-fashioned Newsboy hat. But lacks the roundness, multi panelled construction and button affixed to the top of the Newsboy. The differences between the Flat Cap and a Top or Bowler hat are less subtle.

In 1571 an Act of Parliament designed to help maintain and grow the woollen trade of Great Britain meant all men that were six years old or above, had to wear woollen caps or hats to avoid paying a daily fine of roughly three farthings. This law did not apply to nobility and the wealthy. By the time the Act was repealed in 1597 and the less fortunate were no longer forced to wear woollen hats, the Flat Cap had become established as the hat of the working class. Most notably that of Tradesmen and apprentices. 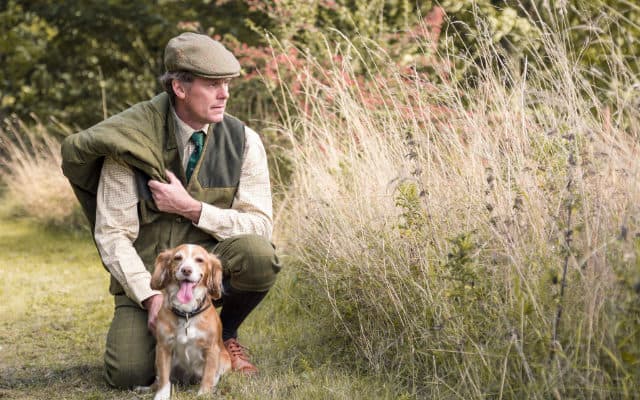 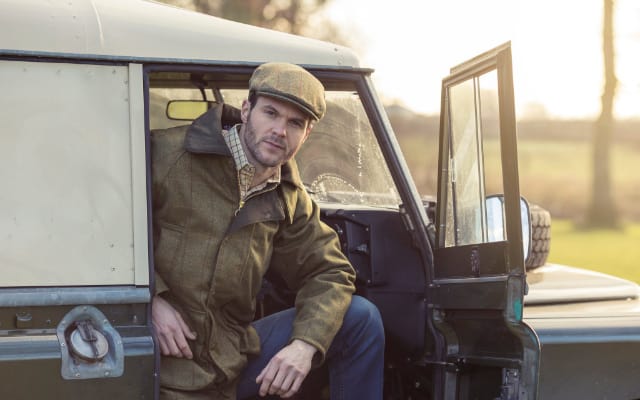 Flat Caps in the 20th Century

It seems that this idea of the working man’s hat stuck around for another four hundred years or so because even in the nineteenth and early twentieth centuries the flat cap was still worn by workers and tradesmen alike. Though it should be noted that in this time the majority of men wore a hat most of the time anyway, who doesn’t look good with the correct choice of hat? With an individual's social class predominantly dictating what could be worn, both via price limitations of the workaday folk and social expectation of who should wear what.

Despite this, the style of the Flat Cap was clearly a very popular choice as “Bespoke” versions began to crop up made from higher quality and more expensive materials. These caps were worn by upper class men for casual countryside endeavours such as clay pigeon shooting, hunting or the like.

By the 1920’s the Flat cap had become a cornerstone of British headwear and fashion and had even been adopted as a part of school uniforms. It was at this point worn by people of all social classes. Though kept the social identity of the working class through this expansion of popularity, while seeing British farmers also becoming associated with the style and maintaining the working class image. The decline in popularity began in the 1930s with the freedoms of fashion becoming more prevalent.

A hat above the rest

With shifting patterns in style, fashion and the lessening of social gaps, clothing has taken a more independent step from what was considered the norm in decades past. Where a style or colour was something of import; brand and pop cultural prevalence now fill those spaces. The gap between classes has been somewhat replaced with a gap of brand ideology and loyalty, which isn’t itself bad. But this has created a culture where people are ostracized for not wearing the latest celebrity endorsed brand or whatnot.

Despite the decline in popularity over the last century, the Flat Cap has continued to hold a place in pop culture. Most likely due to the part it has played in British history throughout the ages. It is usually worn by depictions of working-class men or by the occasional tough guy. The simple and “old fashioned” appearance of the piece can often accent a character and act more like an extension of themselves than a hat. Within this change in Flat Cap prevalence, it has maintained its stance as the hat for an everyday chap or chapette, a symbol of commonality between those who wear it. A strong reminder that British made products have had a lasting impression on our culture that, history would hope, will continue to endure through the ages.

We can all agree that the ability to express oneself is a cornerstone of our individuality, but there is something to be said on having a little bit of uniformity among us. While the modern market is flooded with products from all corners of the world, you truly can’t beat a good ol’ British made Flat Cap if you want to stand out and make an impression. With such a great story behind the Flat Cap, who wouldn't want one? A Flat Cap will suit almost anyone who dons one. Be you an Andy Capp, a Del-Boy or someone of a more modest persuasion. This timeless classic can say many things about the wearer, be you casual, dressing up for a night out or simply wanting to make a statement. 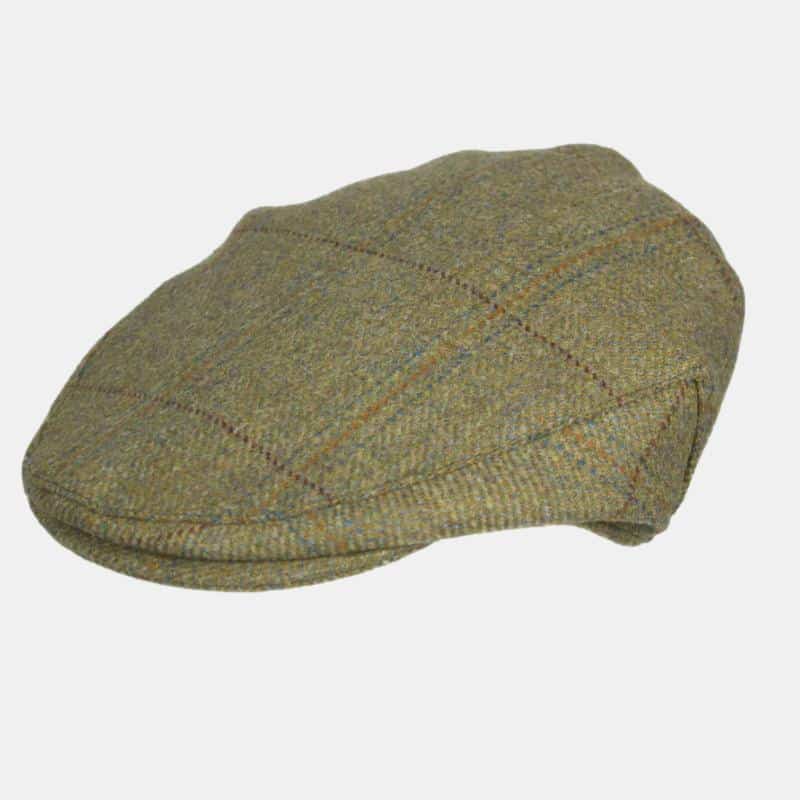 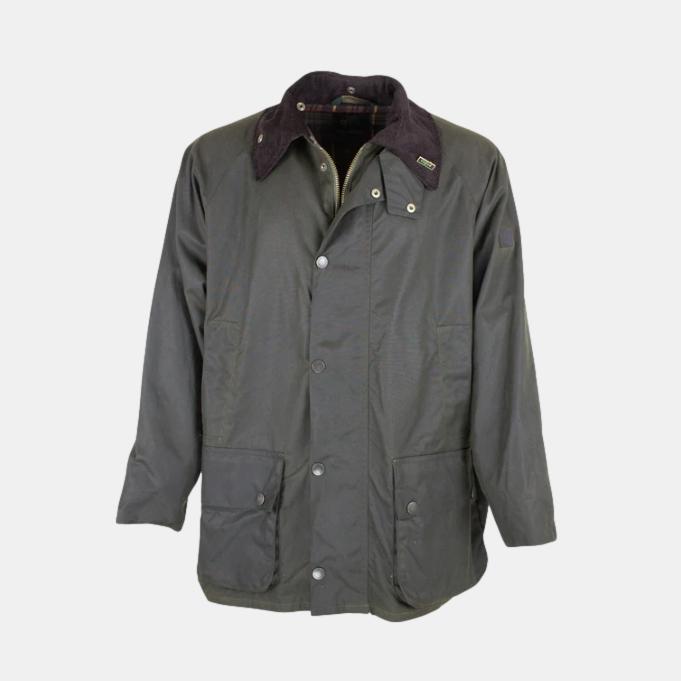 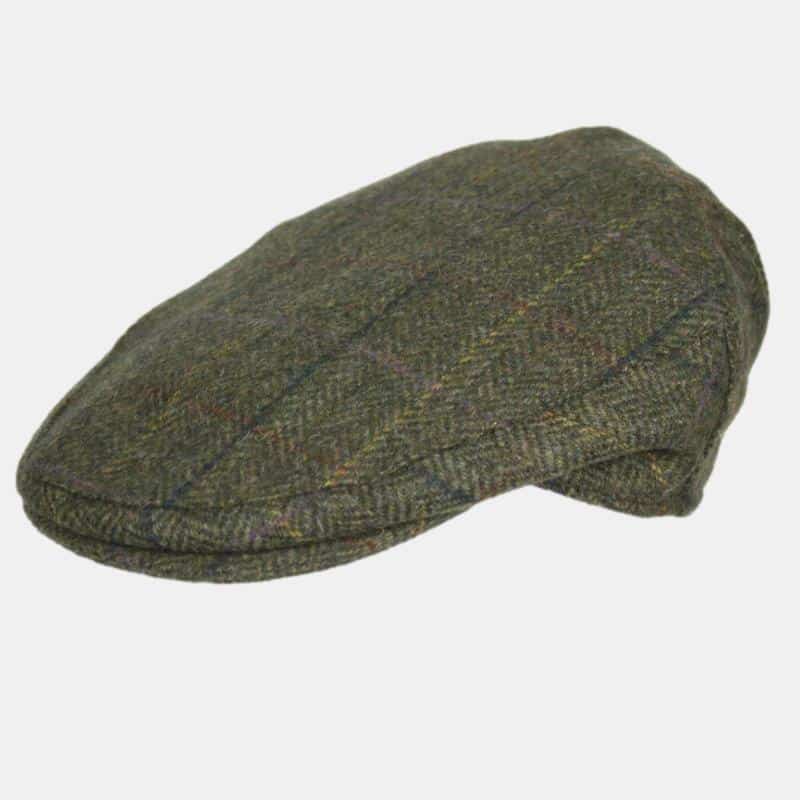