Harnessing the potential of the area.

As with many things in British history, the origins of Leatherworks and Saddlery can be traced to the Middle Ages. While there are scarce few specific references to leatherworks in that time, there is substantial reference to Loriners and saddlers’ ironmongers however. Loriners crafted and forged metal items used in horse related equipment such as stirrups, bits (the part that goes in the horse's mouth), spurs and buckles. As these items would receive much usage and stress the materials needed to be made from a high quality iron, with good quality coal to fuel the furnaces. Thankfully the areas surrounding Walsall could easily provide these raw materials. 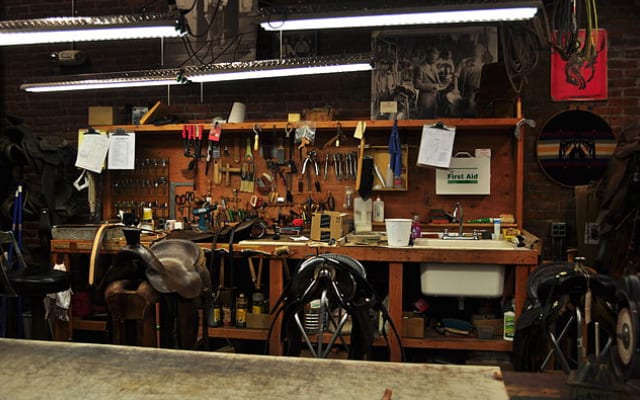 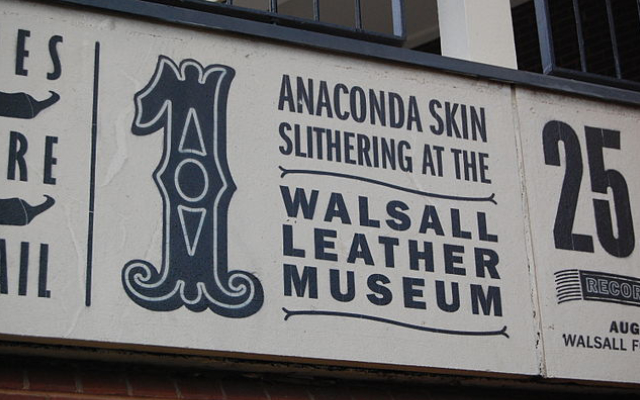 With time came growth of the industry of saddlery well into the 17th and 18th centuries. With a large portion of the town's tradespeople being in the business of leather goods and leather trade, it is not surprising that they chose this area due to the Loriners skills and often these trades worked together to produce high quality final products. By 1840 the leatherworking industry was growing at an expanding pace, being further boosted by the construction of the South Staffordshire Railway, which brough much more trade to the town. This was so impactful on the area that there were a total of 75 separate firms producing saddlery related sundries by 1851.

As can be expected of Mediaeval times, or any time before the industrial revolution, most leatherworking was carried out in small workshops usually placed behind the house of the owner of the shop. Employing around 3 people, with simple inexpensive tools that were well suited for the work, mainly hammers and knives. After the raw leather was tanned, the job of finalising the process fell to a Currier who used a 2 handed knife to remove material from the leather to achieve the thickness needed for the work. As the hide used for leather was produced locally and the tools were manufactured within the town or by the individual who needed them, the leatherworks of Walsall became almost completely self-sufficient.

As Britain began to industrialise and develop mechanised or power assisted means of production. The 1800s saw the arrival of leather factories in Walsall, these factories employed all types of people, men, women and children alike. Machines like the sewing machine developed in the 1850s allowed the leatherworking to become much more efficient and more accessible to more people, leading to larger workshops and an increased production speed. As factories began to develop further the diversity of workers began shifting in favour of women, 60% of leather factory workers being female by the late 1860s.

The thriving industry in the 1800s was a direct result of the increasing need for horses in working Britain and subsequent need for saddlery. Another factor that aided the growth of leatherworks was the export of saddlery to the USA, Australia, New Zealand and South America. The railways allowed easy transport of goods from Walsall to the rest of the country and to ports for export around the world.

To give an idea of the extent of Leatherworks in Walsall and the surrounding areas in this time, an 1851 census of the area listed the following: 19 bridle cutters - 57 saddle, harness and collar manufacturers - 7 whip thong (the flexible braided section of the whip) makers - 14 curriers and leather sellers. Quite a large number of individual workshops for a small area compared to some areas of Britain. 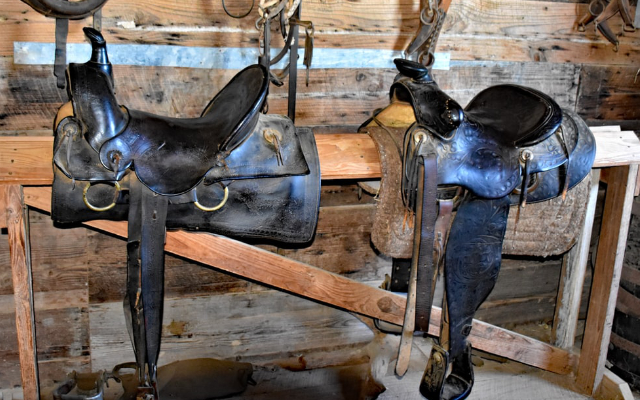 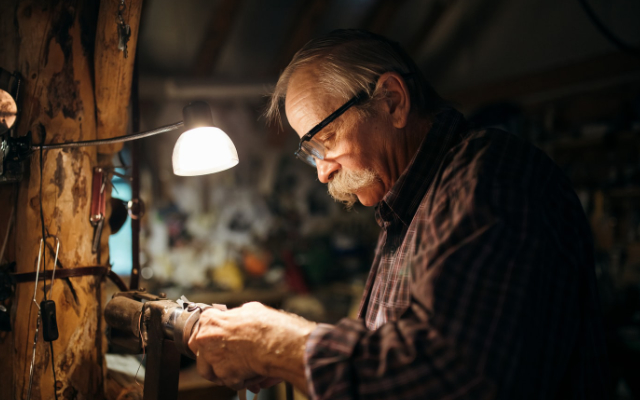 Sadly by 1870 the leatherworks in Britain as a whole had begun to decline, due to competition from Germany and falling markets in Europe, the introduction of motor cars also began to speed the decline of saddlery but the was rebuffed when the production of leather bicycle seats and upholstery and leather fittings for cars began to be produced by the leatherworks. Other, older saddle makers decided to produce sports goods, travel equipment, bags, purses, collars for domestic animals as well as more items for more sophisticated members of society such as cigar cases.

As the first decade of the 20th century arrived there were only 8 tanneries and 27 curriers left in Walsall with a total employment number of a few hundred men. The leather produced was predominantly used for shoes, bicycles seats, cars and motorcycle seats. The internal combustion engine was the main cause for the decline of the industry as a whole.

Further automation of the process, mainly cutting, caused several of the large businesses in the area to merge together to improve operations. As the first and second world wars came and went, the factories were changed to produce munitions but shifted back to leatherworks after WW2 ended and Walsall became Britain’s most important hub of fine and light leatherworks.

The 1950s brought new troubles for the leatherworks industry with the introduction of artificial leather and by the 1960s tanning was in steep decline with only 600 people remaining in the industry. In 1970, 50 leather goods manufacturers remained in Walsall which produced half of all British made fancy leather goods, a few saddlery manufacturers did remain and produced their goods for the high end of the market and little else.

Such a decline in demand for leatherworks meant that an industry that had been growing since the Middle Ages was almost gone completely, Only through adapting to new market needs would any of the companies survive and adapt they did, as we have mentioned they branched into finer leatherworks and also into components for newer means of transport. With a sparse few remaining loyal to their roots, loyalty which paid off in recent years with the increase in recreational equine activities and televised equine events. This slight growth in the old industry has allowed Walsall Saddlery to hold on for the foreseeable future, a fact we at Sir Gordon Bennett are glad of as we love to see Great British craftsmanship being preserved. 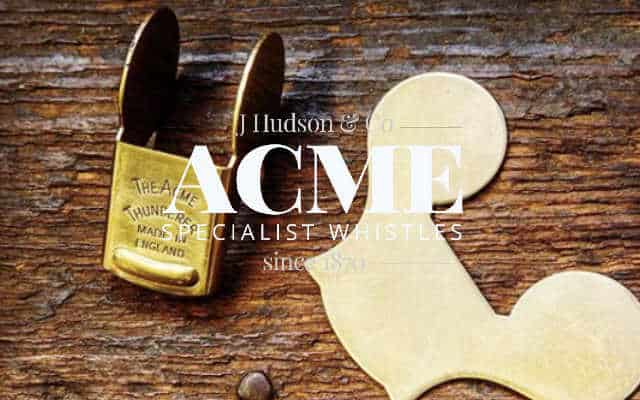 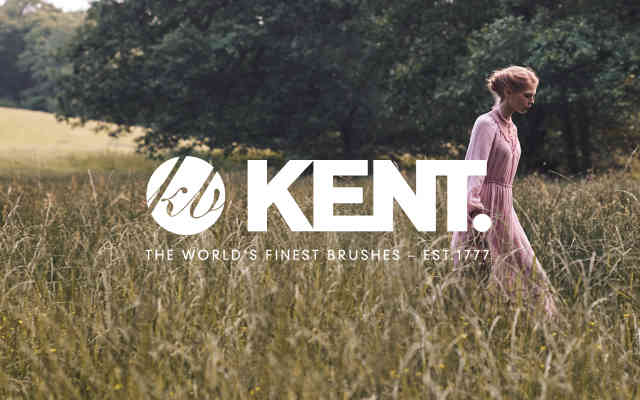 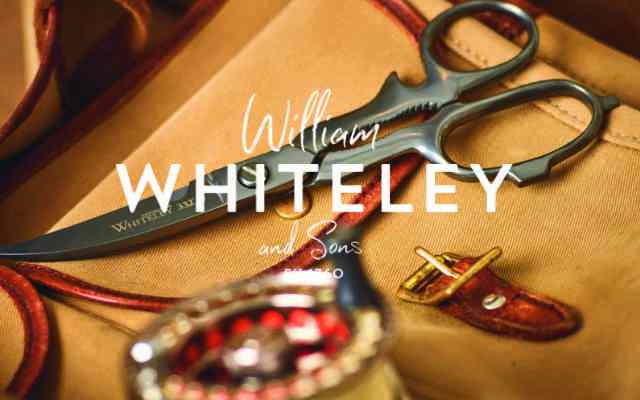