The Arts and Crafts Movement

The Arts and Crafts movement was the brainchild of a William Morris in 1861, it began with the founding of the Morris and Co design firm. Morris would hire Dante Gabriel Rossetti, Ford Madox Brown and Edward Burne-Jones to aid him in this endeavour. With the goal of raising design work to the level of artwork, Morris and Co set about on their journey. Unlike the names of the founding members, the idea was simple. That idea was emphasizing simple functionality without excessive ornamentation and without imitating styles of the past. With Victorian stylization being a miss-mash of other cultural designs favoured by Britain at this time. 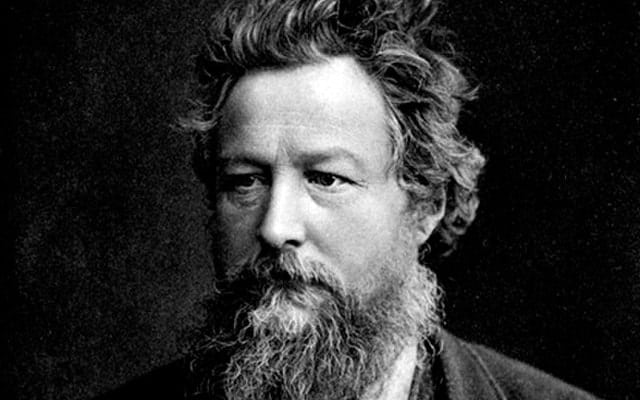 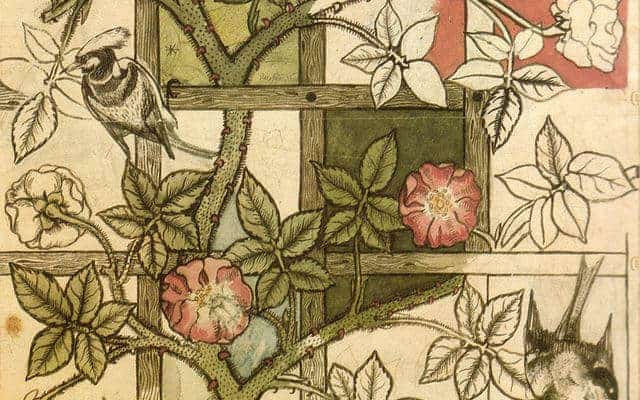 Another important figure in the Arts and Crafts Movement was John Ruskin. Ruskin believed that the industrial revolution had polluted more than just the air of the nation, but the spirit and respect for craftwork. He claimed that factory produced works were dishonest and that only when a society had workers who designed and hand made their own products, could a society be healthy and moral. Seems we could use a bit of similar thinking today.

Having discovered John Ruskin in 1855, the movement quickly adopted several of his beliefs and began using the medievalism of Sir Thomas Malory’s Morte d’Arthur (a reworking of the legend of King Arthur) as a baseline for their early style. In the words of Edward Burne-Jones, “we intend to wage holy war on this age”.

The group began to experiment with many forms of design, with William Morris focusing in particular on crafts and the designing of furniture and interiors. During a discussion with Ruskin, in which the case was made by Ruskin, that if the intellectual act of design was separated from the physical act of crafting, the result would be damaging both socially and aesthetically.

Morris took this idea and formed the basis of a new belief of his; he had to personally master any skill before it could be used in his workshop. He argued that "without dignified, creative human occupation, people became disconnected from life".

Even though William Morris held the ideals of classic handcrafting techniques, and a distain for modern manufacturing. He failed to notice the economic ramifications of the high quality and extensively fabricated designs. His extremely high standards of both crafting and materials meant that his designs were out of financial reach for the everyday persons and were almost exclusively taken up by the wealthy artistic elite. This directly opposed Williams’ belief that Arts and Crafts should be “for the people, by the people”, further showing the socialist ideals that made up the core of his personality.

Designs of the Movement

William Morris created over 50 separate designs for wallpapers during his career. True to the inspiration of the movement, the designs were composed of simplistic and naturalistic, yet exquisitely British take on patterned wallpaper that was fresh and subtly radical. Morris is quoted as saying about patterns; “Remember that a pattern is either right or wrong. It cannot be forgiven for blundering, as a picture may be which has otherwise great qualities in it. It is with a pattern as with a fortress, it is no stronger than its weakest point”. Morris closely observed nature to find inspiration for his designs. Despite the variations between his designs, they all have plant forms and morphology as a central component.

These designs, while integral to the style of the Arts and Crafts movement, weren’t too popular among the masses. This could be due to the complexity of the designs or the scale of the imagery. Morris believed that his wallpapers worked well in smaller rooms, but the general consensus at the time was that the designs overpowered smaller rooms. Oscar Wilde stated of Morris’ designs “A wallpaper should be a background, pure and simple”. 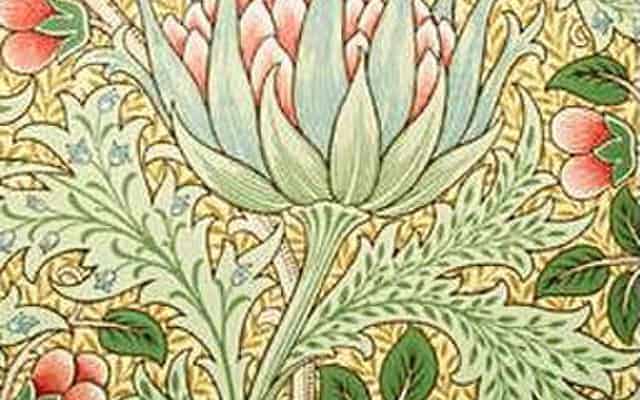 With both William Morris and John Ruskin sharing a distaste of industrial society, it’s no surprise they both attacked factories. Thankfully using words and not exquisitely hand made tools of anarchy. They both held strong feelings against the division of labour, capitalism and the loss of traditional craft methods. Morris’ beliefs regarding machinery were less consistent than Ruskin’s, however. With Morris being quoted as saying that production via machines was “altogether an evil”. Yet also Morris was willing to commission from third parties who could produce work to his standards, even with the aid of machines.

According to Morris, a ‘true’ society, where neither luxuries or cheap tat was produced, machines could be improved upon and used to lessen the hours of labour for workers. It was also said about Morris that he had no objections to the practicality of machines, as long as they could produce the quality that he deemed appropriate. One wonders if Morris had a hand-crafted Hammer and Sickle in his possession.

The Arts and Crafts Movement idealised medieval life, literature and architecture and was a predominant reason that medieval artwork was used as a model for much of their work. Morris insisted that an artist was, and should be, someone working by hand to design and craft. He also advocated for a free society of craftspeople, which he believed was that case in the Middle Ages. His reasoning is quoted as "Because craftsmen took pleasure in their work, the Middle Ages was a period of greatness in the art of the common people. The treasures in our museums now are only the common utensils used in households of that age, when hundreds of medieval churches, each one a masterpiece, were built by unsophisticated peasants." This was however due to poverty demanding people create for themselves as they could not buy items.

Skills passed down through necessity are not unlike stories, they det deformed and change over time until they are almost unrecognisable when directly compared to the original. But this is evolution on a smaller scale, social evolution, which has been a part of human history for eons.

William Morris had a deep-rooted love and adoration for nature. This was potentially one of the reasons he had a vocal distain for modern factories and he industrial revolution. "Well, it follows on this garden business that our factory must make no sordid litter, befoul no water, nor poison the air with smoke". This quote from Morris shows that he was well ahead of his time. His views on how industry damaged nature has recently been hailed as a precursor to todays Green Theory. Morris knew that a healthy environment leads to healthy people, both physically and mentally.

Legacy of William Morris and the Arts and Crafts Movement

As the nineteenth century drew to a close, the ideals of the Arts and Crafts movement has influenced almost every creative element of Britain, with some of the main areas being architecture, painting, woodwork, leatherwork metalwork and ceramics. Such a vast impact led to what can only be called a fashion for Arts and Crafts by 1910, with a wave of amateur handcrafters producing all manner of products, in all manner of quality it has to be said. This also led to the rise of imitators whose poor quality of work tainted the public opinion of Arts and Crafts.

Sadly, this as well as the continued industrialisation of society and the outbreak of the first world war in 1914, meant the movement slowly lost the interest of young blood and the old guard were left to fade into relative obscurity. In a book by Nikolaus Pevsner titled Pioneers of Modern Design, the Arts and Crafts Movement is presented as design radicals who heavily influenced the modern artistic movement, but failed to adapt or change, and were eventually superseded by the movement they helped to inspire.

William Morris wanted to change peoples lives through his designs and he strived to give high quality designs but failed to allow them to be accessible to everyone due to costs of such luxurious products. He had the motto “Have nothing in your house that you do not know to be useful or believe to be beautiful”. Do you notice the similarities between this and minimalistic décor of the modern era? In many ways, the majority of modern British design ethos can be traced back to William Morris and the Arts and Crafts Movement. Simple designs, focusing on handcrafted and hand made products are becoming more and more popular, as is environmentalism.

William Morris may have been a bit of a hypocrite, a bit blind to the contradictions in his beliefs and his actions, yet he did have a good set of ideals that he attempted to implement to his work. His love for British made goods and designs has transcended the movement he created and has influenced all manner of aspects of design work in the modern era. He may not have halted the industrial age, but he helped to plant the seed that has sprouted and grown into a global awareness of the damage we can cause when we choose speed and efficiency over care and skill.

Here at Sir Gordon Bennett we hold the belief that British made goods are the best. We believe that celebrating the skill, history and legacy of British made products is something to be held high. Our island home has had some of the greatest craft people in history and has birthed some of the greatest products the world has ever seen, we uphold that view with our own goods. British made, always high quality and a perfect fit for anyone. Come and have a look for yourself, we are sure you’ll find something you like. 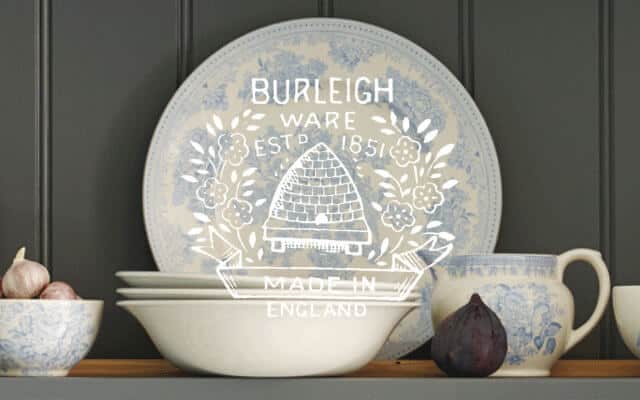 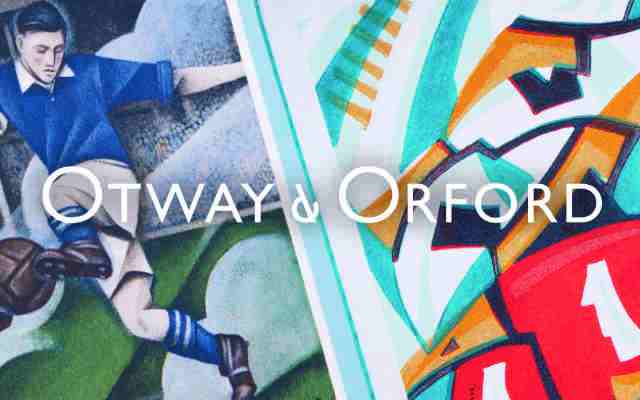 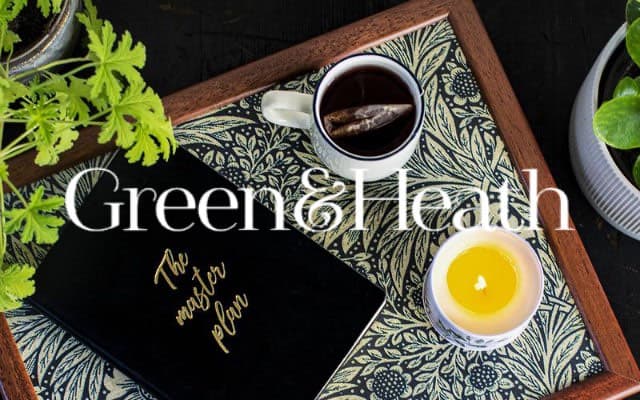