Go into many a kitchen around the world and on the fridge will be a kitsch magnet or postcard of a red telephone box. For decades, this has been the symbol of London and in fact the whole of Great Britain. A glorious red, iron beacon of tradition. A symbol of communication and of manufacturing prowess. An analogy of the empire, perhaps. A design icon

Initially designed by Giles Gilbert Scott after winning a design competition in 1924. The K2 (as it is officially called) was already destined for a timely demise. Maybe because he modelled it on Sir John Sloane’s 1815 mausoleum for his deceased wife.

The K2 was only ever designed to be used in London. It first stood tall like a Queen’s Guard, stable and immoveable on the streets of London in 1926. The main problem was that the cost of making them was prohibitive for use across the country (nothing seems to change there). So, the post office commissioned Scott to design the K6 in 1935, to celebrate the Jubilee of King George V. 19,000 red monoliths were forged in various foundries across Scotland. Giving them some real heart. 'Made from girders' could have been coined for them.

We now think of them as iconic pieces of British street art. (the general public voted them into the top ten of British icons in a competition run by the BBC and the Design Museum in 2006) They weren’t always looked on with such affection. When first introduced, the public thought that they were an eyesore. The Currant Red was blotting the landscape, especially in rural Britain. Locals demanded the natural beauty of the area was sacrosanct and so grey boxes appeared to appease country folk. Yattendon in Berkshire has a green telephone box. The legend goes that after it was erected and painted red, a local rascal painted it green during the night. And it has stayed that way ever since.

In Kingston upon Hull, the boxes are cream although not due to any local objections. The reason being that the Post Office didn’t hold the monopoly for the region. They even had the crown removed from the top.

Porto has them dotted around the old city. They can also be spotted in Malta, Cyprus, Australia and some Caribbean islands like Antigua and Barbados. A symbol of where the British, for good or bad, colonised parts of the world. A couple also made it across the pond with the sale of London Bridge and are sitting proudly in Arizona. 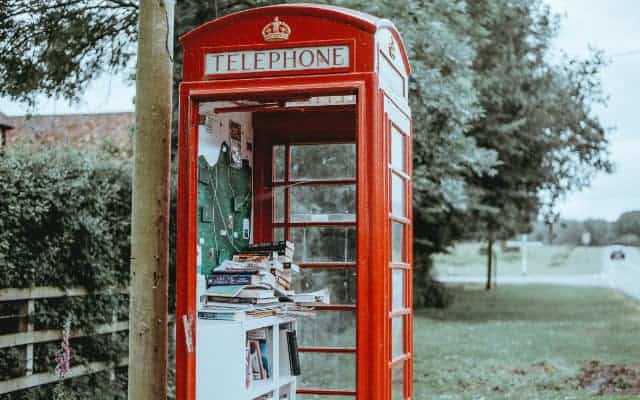 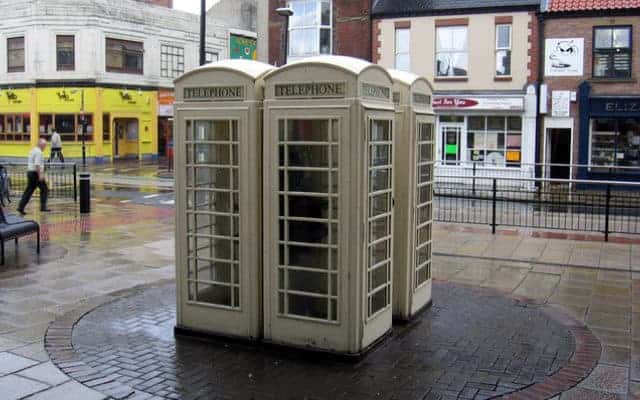 So iconic is the red telephone box that it adorned the back cover of David Bowie’s Ziggy Stardust and the Spider from Mars album. The box situated on Heddon Street in Soho was where David Bowie emerged as the glam rock Ziggy Stardust. A stellar moment in British pop culture.

Our own memories are of lost coins and reversed calls to parents whilst stranded in some god forsaken hole. The beacon inside guiding us to our salvation, thankful that they were Currant Red. Holding our breath as the stench from its second function as a public convenience attacked our nostrils. Praying someone at the other end of the sticky receiver would pick up. And of reading the calling cards of girls of the night in this unofficial media space. With the simplicity of ‘I Love my job’ and ‘Classy Scandinavian New in Town’ adorning the wall.

Although the usefulness of the K6 has waned with the unrelenting march of the mobile world this symbol of a bygone era has grown stronger. Especially in the heart of the general public.

Parish councils across England can now adopt little used boxes and re-appropriate them. Although it is stipulated in the contract that they can not install electronic communications apparatus that could compete with BT. This though has been the catalyst for many surprising and inventive new uses for the iconic red boxes. Over 150 of them are now public book exchanges in villages. Often due to the cuts in mobile libraries across the country no doubt.

Settle in North Yorkshire created possibly the world’s smallest art gallery. It occupies the village green phone box, aptly named the ‘Gallery on the Green’. Notable exhibitions by Marin Parr, Tessa Bunney and Mariana Cook have been held in it. But most notably Brian May from Queen exhibited ‘A Village Lost and Found’ his stereoscopic photography show in 2013.

Or if you are down Camden way maybe you can pop into the cafe Kape Barako. Or Jake’s Coffee Shop in Birmingham. Or Dialling in Kiosk in Brighton, all truly unique coffee experiences.

One has even been fitted with a defibrillator in Glendaruel, Argyll. A Girl Guide competition was run to find the best use of a little used K6. Giving rise to a spate of others. There are now 100’s of red telephone boxes housing the life saving equipment across the Britain.

More dramatic perhaps, but not for those suffering a heart attack was David Mach’s ‘Out of Order’ art piece. Which stood (well leaned) in Kingston upon Thames in 1989. Where the artist’s piece was formed out of 12 boxes falling over on top of each other like dominoes. Which didn’t go down too well with resident shopkeepers who claimed it turned the street into a dead end. The artist replied glibly, 'they will have to use a bomb to remove it' as it was the hardest sculpture he has ever made. And as each box weighs in at roughly 0.69 tonnes that would be almost 8.3 tones of Scottish steel to move; he might be right. 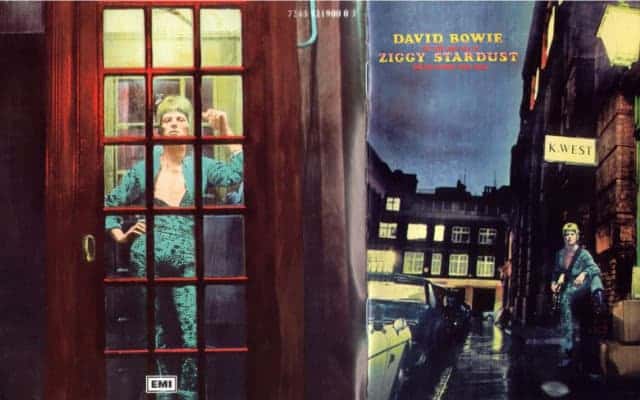 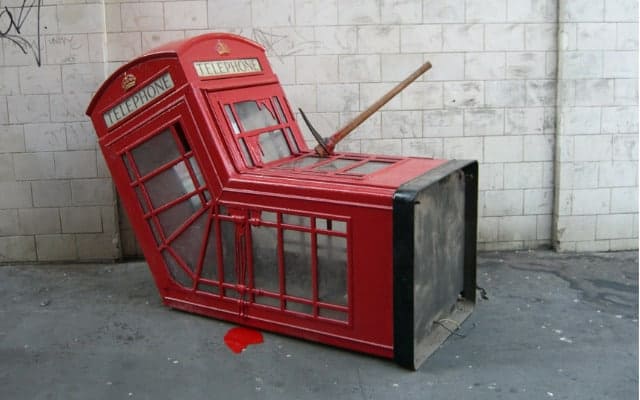 Later in 2006 Banksy created ‘Death of a Phone Booth’ a short lived art piece in the heart of Soho that featured in ‘Exit Through the Gift Shop’. The form of a red phone box crestfallen, bent in half with an axe plunged into it and red blood staining the pavement baffled passers by. Maybe Banksy was making a statement about its demise? Or maybe he was saying the new age of communication was upon us? BT high jacked the story in a very un-BT way and claimed. ”This is a stunning visual comment on BT's transformation from an old-fashioned telecommunications company into a modern communications services provider." Bravo for their chutzpa.

There is no doubt that the enduring image of the K2 or K6 has never been more salient in the British consciousness. It transcends just a functional, egalitarian design piece and has become part of British heritage, psyche and image the world over.

Long live the red telephone box in whatever guise is appears.

Below you'll find a few other British design icons that have been re-appropriated and updated to have and to own. Like the ACME Thunderer sterling silver necklace with a whistle that, believe it or not, actually works. The iconic Cambridge satchel in ever so modern colours. And the humble, ubiquitous London brick, now available as a beautiful vase that becomes a real talking point in any room. 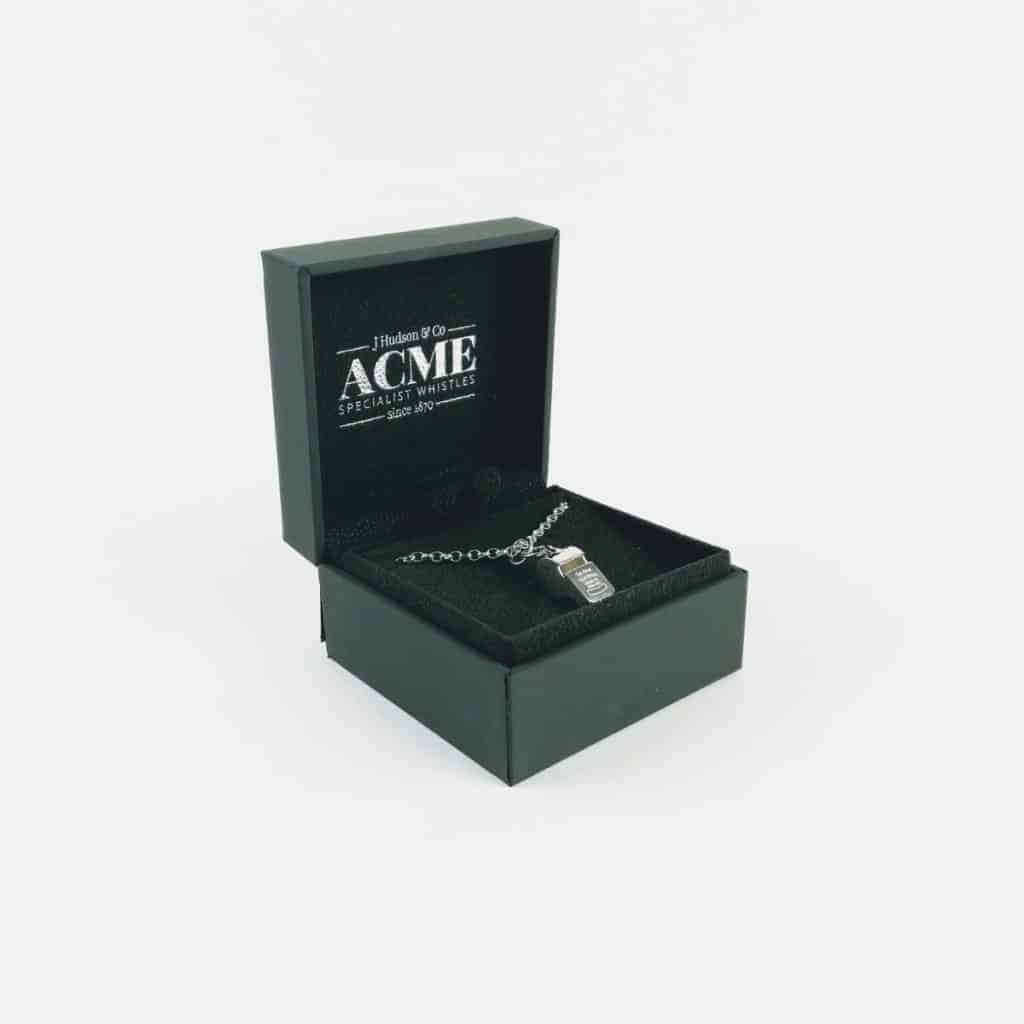 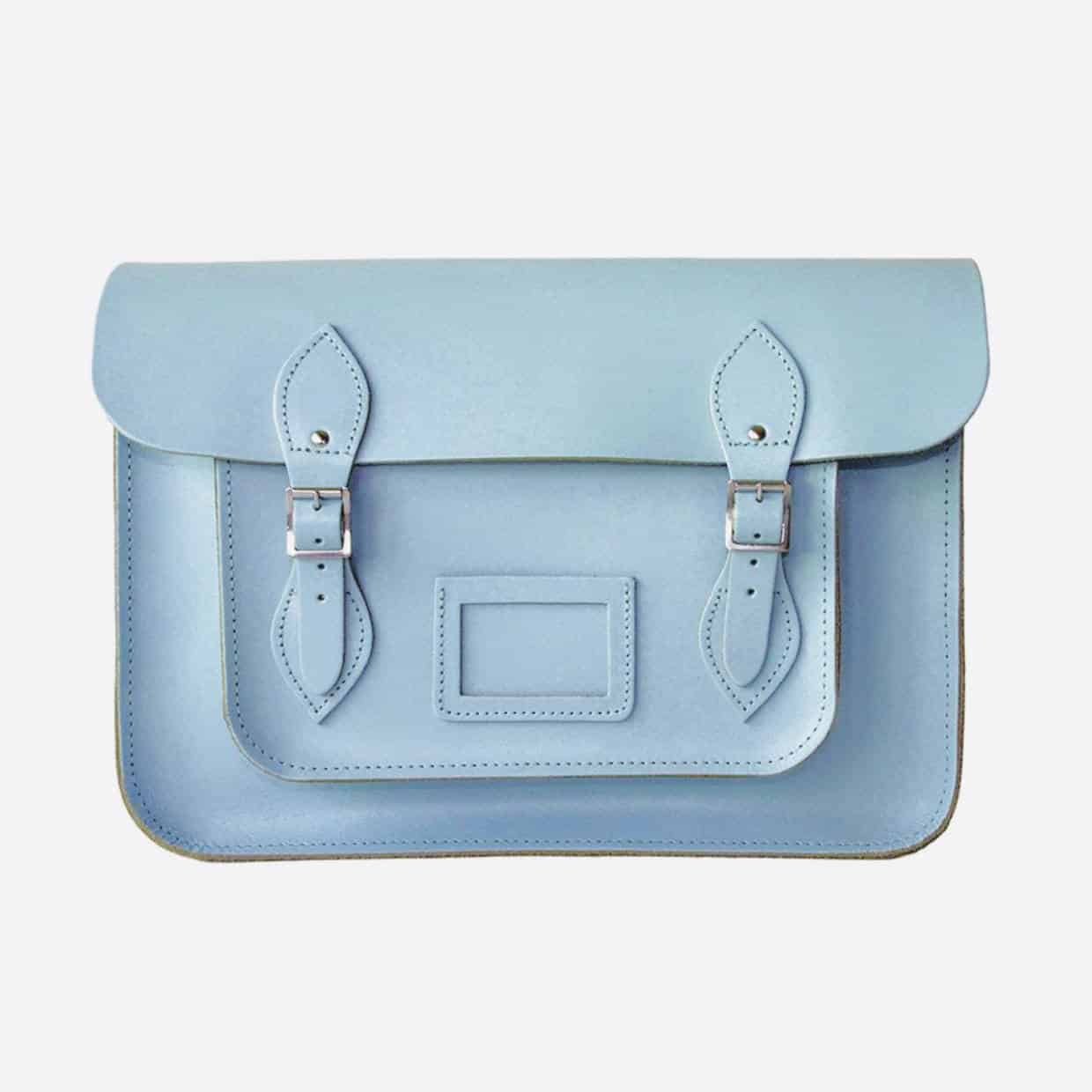 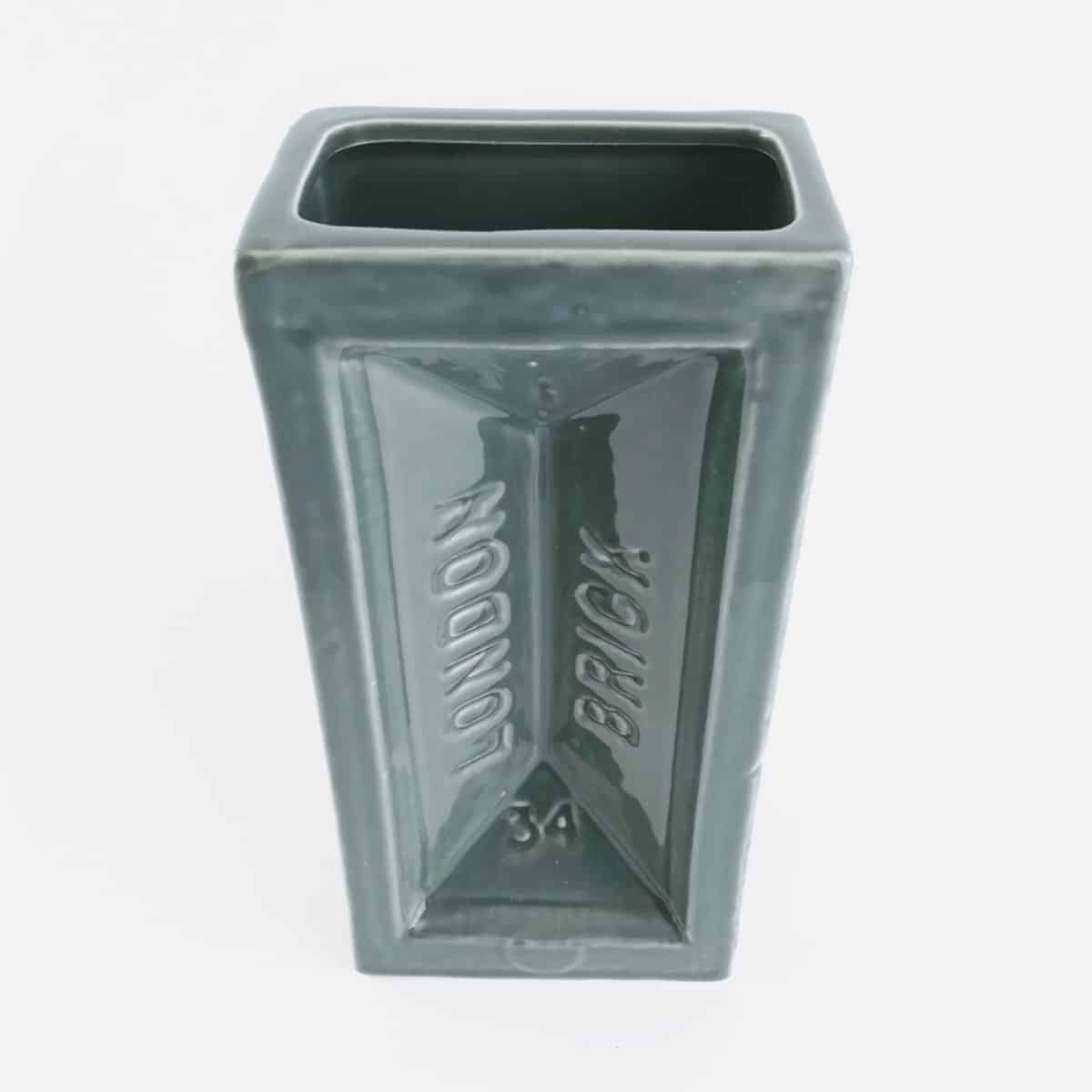