Where do Britain's national symbols come from?

Britain is a confusing place for us Brits, so it must be even more confusing for foreigners. We have national football teams of England, Scotland, Wales and Northern Ireland. Yet our Olympic and Davis Cup team represents Great Britain. Northern Irish born rugby players play for an all Ireland team. With the team running out to both the Irish flag and the Ulster flag. And the England cricket board is actually the England and Wales cricket board. Where Welsh players play under the English flag.

But the British national symbols that these sportsmen and women wear on their chests could be said to forge a national identity. And were in fact decided on to try and define identity. They meld design, history and culture into an image of a nation.

Their stories are the stuff of legend and myth. And as with anything from times yore are fraught with confusion as to where they officially began. But who ever let fact get in the way of a good story. So forgive our research if it is slightly off in places.

Wales had been annexed in 1282 by England thus became part of the United Kingdom when the Scottish and English thrones became one. But the Welsh history is unique and their national symbols certainly compound that. The traditional national animal is the Red Dragon a symbol that resplendently adorns the Welsh flag.

But why a mythical creature as your national animal? The story goes that Vortigern a Celtic King needed a spot to build a new castle. He found a spot ideal in Snowdonia. But one day a young boy appeared and warned him that he shouldn’t build it where he wanted to. The boy claimed that there was an underground lake with two sleeping dragons below. This young boy was thought to be a young wizard named Merlin. Vortigern ignored the boy and as his men dug they came across two dragons fighting. Spellbound they watched as the red dragon defeated the white dragon. This is now said to represent Vortigern’s people and then the Welsh.

Although it is now a symbol of Wales known the world over, during the Middle Ages it fell out of fashion. This may explain in part why it was never put on the Union Flag. Yet it now flies on all government buildings in Wales.

The other unique symbol that denotes the Welsh is the leek. A long, white and green onion. A peculiar choice you may think but the folklore of why is fascinating. So let’s peel back the layers of its history. It is believed that the leek may have been revered in ancient times as it had healing powers. Staving off the common cold. Easing pain in childbirth. And more importantly for the times, protection against wounds in battle. Luckily it is one of main ingredients in Cawl a traditional Welsh stew, so the Welsh got plenty of medicinal leek. Furthermore, if a maiden placed one under her pillow she would be able to see their future husband’s face.

But how did it become a national symbol? It is believed that St David, the patron saint of Wales, whilst fighting the invading Saxons ordered his army, to pick a leek from underfoot and put one in their caps. This was to differentiate themselves from their foes. Whether this is true is debated. But it is known that the feared and skilled Welsh archers wore the green and white during the 14th century Battle of Crecy. A nod to the colour of leeks.

And because of this the Welsh still proudly wear a leek on St David’s Day as is the tradition. Even Henry V claimed to have worn a leek in Shakespeare’s play of the same title. Exclaiming on the battle field ‘I wear a leek on St David’s Day, for I am Welsh, you know, good countryman’. Leeks are also waved as the national Rugby team take the field for exactly the same reason to show that ‘I am Welsh’. Although a more controversial aspect of the Wales Rugby team is that they use the Prince of Wales Ostrich feathers on the RFU badge. Not a leek or even a daffodil, but that is a whole other story.

Which brings use neatly to the daffodil. It is seen as a more modern national symbol of Welsh pride. But this may have just been a misunderstanding. The Welsh name for the daffodil is ‘Cenhinen Bedr’ translated into English as ‘Peter’s Leek’. And why it may have gotten mixed up and started to become more popular as a pretender to the national Welsh symbol crown. 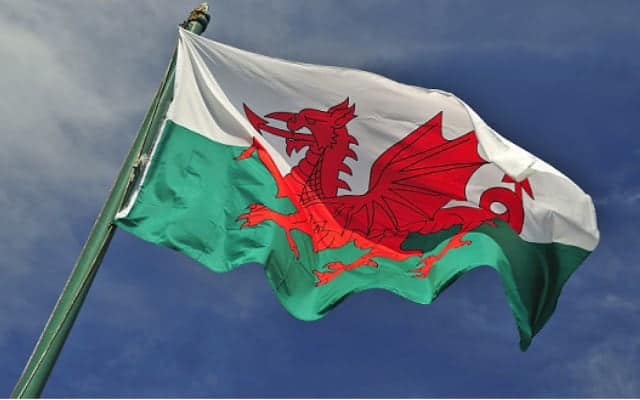 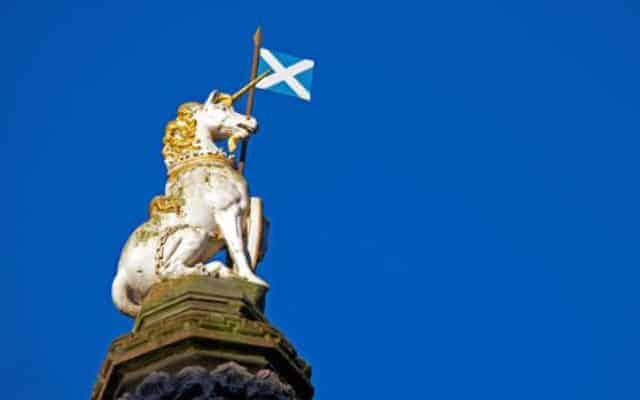 The Scottish national symbols have just as much myth and legend surrounding them. The thistle being one of the iconic symbols of the Scots. It adorns so many items from banknotes to whisky glasses to broadswords and even on the tomb of Mary Queen of Scots. But how did this prickly yet pretty pink or purple flower become the national flower of Scotland?

The story goes something like this…Scotland’s Western Isles and Hebrides were ruled by Norway up until 1266. But in 1263 King Alexander III proposed to the Norse King Haakon IV that he buy back the islands, which included Kintyre. King Haakon IV had apparently forgotten that he even owned the islands and decided that now he had been reminded he thought he would take more from Alexander III. A vast fleet of Viking longboats set off to claim more Scottish land. A storm forced them to land on a beach in Ayrshire. And under the cover of darkness the Vikings took off their footwear to make less noise whilst covertly attacking the sleeping Scots.

The legend then kicks in. It is said that one of Haakon IV’s men stood on a thistle and yelped at the top of his voice. Alerting the sleeping Clansmen who sprang into action and winning the battle (probably a lot easier as all of the Vikings had bare feet). The role of the thistle has never been forgotten and why it is often called the ‘Guardian’ Thistle. After the defeat the Western Isles were handed back to Scotland through a treaty and marriage.

The thistle was first officially recognised in 1470 during the reign of James III when it was emblazoned on silver coins. It is still part of the highest chivalry order in Scotland, The Ancient and Most Noble Order of the Thistle is bestowed on those who make an outstanding contribution to life in Scotland and the United Kingdom.

If the thistle is a common sight throughout Scotland then the national heraldic animal is anything but except on buildings. The Unicorn. Although there is no direct myth or legend that associates Scotland with the Unicorn, in mythology it symbolises so much. It is both pure and innocent, as well as masculine and powerful. The unicorn design was first used by William I on his coat of arms. And when James VI unified Scotland and England the Scottish Royal Arms had a Unicorn either side of the shield. When he then also became James I of England and Ireland he replaced the left sided Unicorn with England’s national animal, the lion. This was to show that Scotland and England were now united.

The Unicorn though is always seen as bound by golden chains. This is to denote that such a magical beast cannot be tamed, except by a virgin or a Scottish King.

The English symbols are a little simpler to define and understand where they come from. Whereas Scotland and Wales have mystical creatures as their national symbols and real flowers or vegetables, England's are vice versa.

No one would describe a Barbary Lion as boring. But when it comes to British national symbols it doesn’t have as an alluring back story as say a Dragon or a Unicorn, but more of a historical one. The lion as you’d expect portrays how the Kings of England wanted to be seen, fearless and strong. King of the beasts. (Which doesn’t say much for the proletariat of the time)

Yet Lions have been symbols of power for much longer than the English have used them on their heraldic arms. Going back all the way to the Lion of Judah. But it seems as if the Plantagenet’s first used three of them when Henry I - known as the Lion of England - used an image of a Lion on a banner. This was to inspire his troops as they went into battle. He then married Adeliza and to commemorate the occasion added another lion, which came from her family crest. Then in 1154 Henry II married Eleanor of Aquitaine and he added another lion, as there was one on her family crest. Finally, The Lighting Seeds finally had a song to sing. 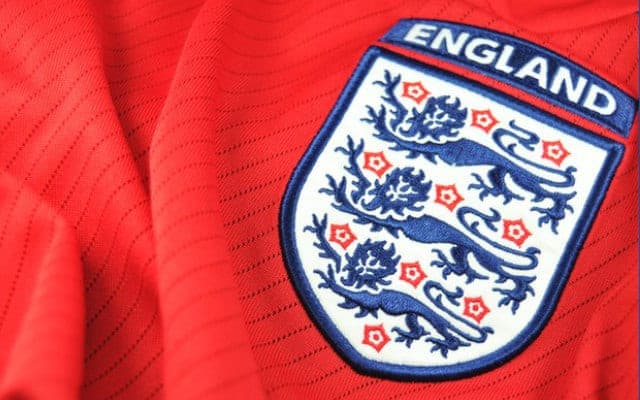 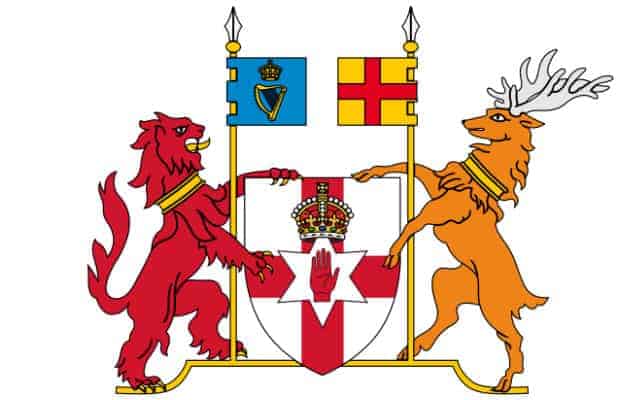 Legend has it that after banishing snakes from Ireland St Patrick used to tell stories to his congregation about the Holy Trinity. Using the three leaves of the Shamrock to illustrate the ‘Father, Son and the Holy Ghost’. But the Shamrock has only been a national symbol of Ireland since the 18th Century, before that it was only a symbol of St Patrick. But as the United Irishmen began using a Shamrock as their emblem (Even though it was inserted into Royal Coat of Arms after the 1800 Act of the Union) the colour green of the Shamrock became Irish green as to distinguish itself from the traditional blue of the old Ireland, which was ruled by Britain.

Northern Ireland is also bereft of an animal whether real or fictitious. Scotland has its Unicorn, Wales its Dragon and England its Lion but Northern Ireland has nothing. The old heraldic Coat of Arms of Northern Ireland did have an Irish Elk on the right side but it was put out to pasture in 1972. And if the truth be known the Irish Elk wasn’t even an Elk it was a giant deer and was extinct many thousands of years ago.

But what Northern Ireland does have is the Red Hand that adorns the flag of Ulster. Having researched the symbol we thought it best to leave alone, as the origins are not at all clear to a non-scholar. Although there are some splendid myths and legends that surround it. Such as, it was believed that whoever was the first man to lay his hand on the ground of Ulster would have sole claim on it. This resulted in warriors rushing to Ulster. With one at the back of the group chopping off his own hand and throwing it over the other warriors’ heads as they neared, thus claiming the land.

British history is one of being sworn enemies and yet of the being the closest of allies. A land mass with a few scattered islands that were once very separate states. Which came together to form a union, a union of shared thoughts and values but with very distinct characteristics. These are still seen through our the design of our heraldic and British national symbols. Even though that union is straining a little as we move into a new future outside of the EU.