Peering into the history of piers

Oh, I do like to be beside the seaside. Kiss me quick hats, Naughty Postcards, Sticks of Rock, Donkey rides and of course glorious and sometimes run-down British Piers.

Having grown up by the sea from the age of 12, piers have held a real fascination. I watched the Weymouth Pier Bandstand explode and crumble into the sea in 1986. I sat on the roof of a friend’s parents’ hotel. And watched as two schoolgirl competition winners pressed the button to end its 50-year existence. Although the main entrance is still an amusement arcade and the upper level was an expensive Italian restaurant. The ‘pier’ no longer stretches out to sea. I also remember the fateful day I lived in Hove and watched with a very sad heart the West Pier light up the sky with is roaring flames.

That tragedy has befallen many a seaside town across Great Britain. And I think that it is no coincidence that the crestfallen seaside towns all over Britain have fallen into a slumber just as the care for these Victorian antiquities has also been neglected.

Nothing says I am at the seaside like a brisk, bracing stroll along an ornate pleasure pier. The salty sea air wafting through your hair. The smell of candy floss in the air. And the terrifying screech of an armada of hungry seagulls ready to pounce on a bag of malt vinegar chips.

There used to be over 100 piers across Britain. But sadly that number is down to 55. From Saltburn to Ryde and from Cromer to Llandudno these monuments of entertainment and the industrialisation of a nation are symbols of the good ol’ British Summer. For over 200 years they have kept the rain off people’s barnets when the heavens opened. As they invariably did during summer.

Eugenius Birch was The Godfather of the coastal British pier. And I am sure people said to him often when they saw his creations ‘You Genius’. He designed 14 Piers in all, which made him the Isambard Kingdom Brunel of the seaside. It was he who brought in the oriental influence that decorates so many piers. The over the top eccentric Victorian architecture that many piers in the 60’s tried to hide with plasterboard and wood. Similar to what happened to lovely Victorian and Edwardian homes at the time. 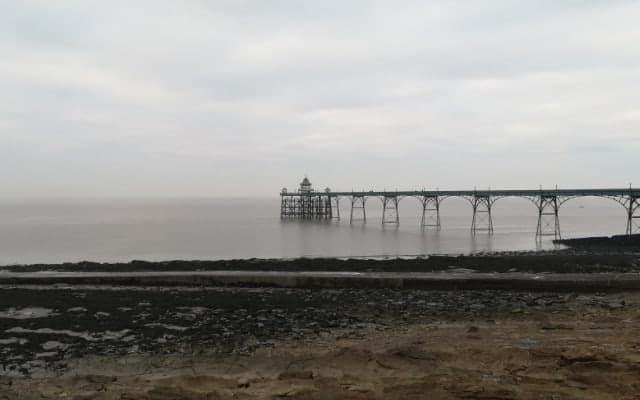 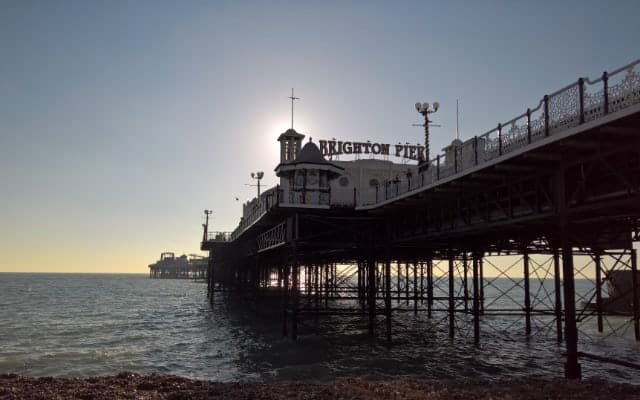 Originally piers were just landing docks for pleasure steamers as the holiday craze began to take hold. But as the frenzy of building the railways began and getting to the seaside to take in the cure all sea air, so did the elaborate building of British piers.

Brighton's West Pier, although now just an iron shell, use to enjoy over 2 million visitors. As the boom took hold cafés were added to the entrances. Bandstands to the pier end. Eventually music halls, casinos and swimming pools became the norm on these giant fingers reaching out into the sea. A miracle of a place, an oasis of carefree abandonment that for one short week a year would let the workers enjoy the good life. A far cry from down the pit or on the factory shop floor. These architectural wonders helped create family memories that linger in the British national psyche.

During the 1950’s the end of the pier shows or Seaside Specials became the highlight of the summer season. Many a star entertained the crowds on piers across the country. From Laurel and Hardy to George Formby, through to The Beatles, Jimi Hendrix and The Who on Christmas Eve on Margate Pier in 1964. They also played host to Miss Seaside contests and Knobbly Knee Contests, although we are sure no one won both prizes in the same year.

Many east and south coast piers were partly dismantled during the WWII to stop the piers becoming landing stages for Nazi invasions. In general, British piers have had a torrid time. From runaway barges and shipwrecks, to fire and storms and ultimately neglect from owners. These institutes have had to weather whatever was thrown at them. Some have survived and even flourished like Cromer. Which still does a roaring trade, whilst others quite literally sank without a trace. 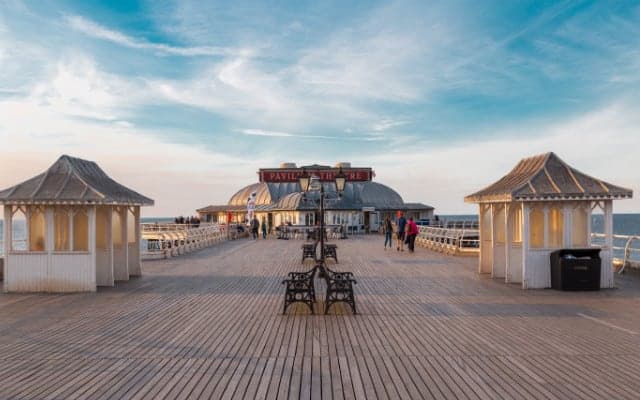 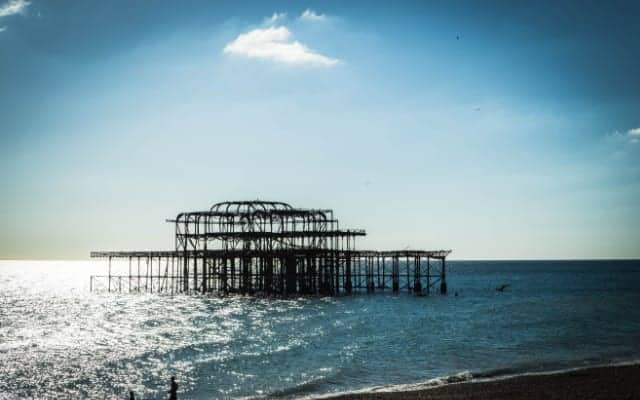 Next time you are taking a stroll down the esplanade or promenade take a good look at these masterful pieces of engineering. Because unless they are looked after, they may all be taken by the cruel sea and of course the local council’s neglect of our heritage.

If you are on your way the the British coast don't forget a few essentials like a beach bag from the world's oldest sailmakers to carry all the British beach holiday essentials, Banton Frameworks sunglasses in case the sun does actually shine or a Ticking Stripe Smock from Yarmouth Oilskins which makes a splendid windbreaker for strolling down the wooden planks of a British pier. 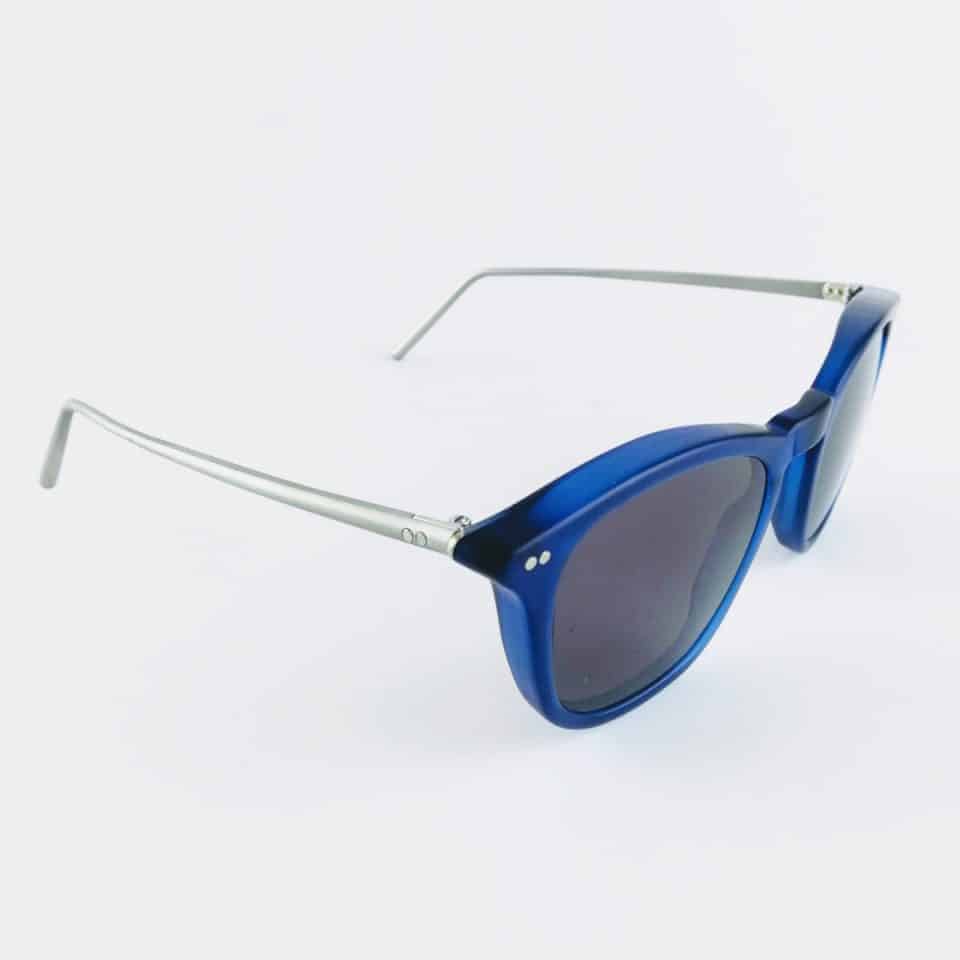