How organic jewellery is beautifully crafted

This month’s ‘Meet the Maker’ interview is with independent jewellery designer and maker Issy White. Issy has recently joined the SGB family as a British brand, so we are excited about finding out more about her practice and design journey.

SGB: Let’s start at the beginning, how did Issy White Jewellery come about?

Issy: I started making very simple jewellery when I was younger and it was something that I came back to after completing my degree. I guess it began when I spent time in Nepal during my gap year. I started experimenting with hemp and beads; making almost a macrame style of jewellery. This sparked my interest initially. After completing my degree in photography, I decided to revisit the jewellery making venture. To continue my love of jewellery making, I started attending a night school where I learnt the basic skills which propelled my craft further. I then purchased the necessary tools and began experimenting with silver.

SGB: Can you tell us a little bit more about how you learnt your craft?

Issy: Yes, so as I mentioned I did a short stint of night school in 2005 to learn the basics so cutting, filing, soldering and polishing and then spent a few years exploring what I had learnt in my own time. In 2013, I suppose I just wanted to take it that bit further, so I did two more courses which were over six months, studying two days a week. These courses were slightly more intense than the earlier one I did. They were held at a place called Holts at Hatton Garden which is a big jewellery centre; here I did both stage two and stage three of their jewellery making courses. Since then, it has just been a case of experimenting at home really whilst slowly, slowly getting all the tools and making a proper workspace for myself.

SGB: Can you tell us a little bit about your workspace?

Issy: So, I’ve got a little shed at the bottom of the garden which Johnny, my partner, is always like ‘it’s more than a shed Is, it’s a work space’ and I’m just like ‘it’s my little shed, it’s just my shed where I like to spend time.' I have two young kids so it is very much a part-time thing, but it is nice to have a workspace at home so when I get a spare minute I can easily head to my shed and create. 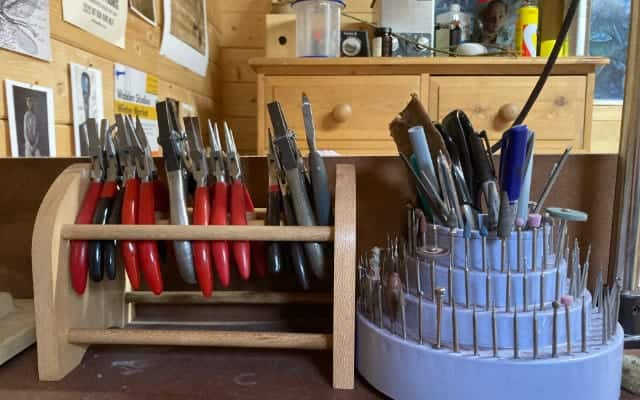 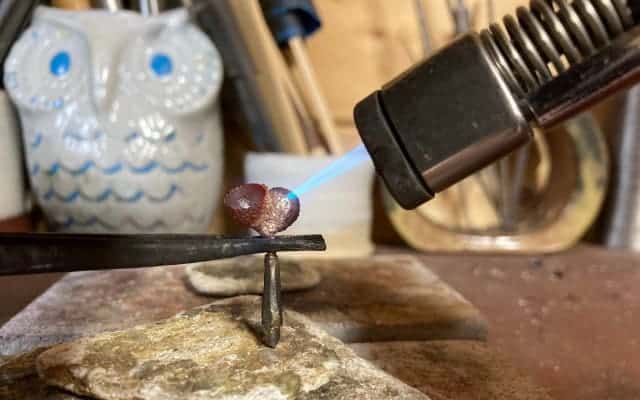 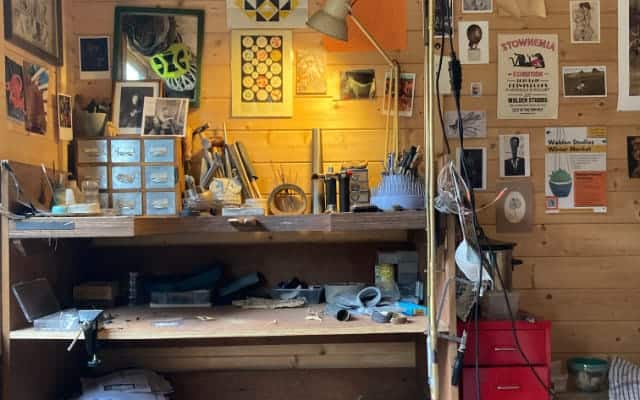 SGB: How did you turn your passion into a brand?

Issy: Initially, it started with craft markets. So, I attended Camden and Spitalfields, just Saturday market stalls, selling handcrafted silver jewellery which I was making a lot back then. The pieces that I was making were very different to what I do now. I spent a lot of time repurposing and making jewellery out of old watch parts and antique jewellery, I did enjoy this process at the time but I’ve moved away from this style now. I guess becoming a brand at Sir Gordon Bennett, is my next step in terms of business. It’s a bit of a new route for me, as I have to consider making my pieces a little bit more commercialised. Originally, part of the appeal for my brand was that every piece was unique but obviously when selling on an online platform, this is slightly less achievable. This being said, the element of handcrafted is not lost which is important to me. I’m looking forward to seeing how this new route goes.

SGB: So what are your main points of inspiration for your designs now?

Issy: Well I just suppose nature, I love being outdoors. I know it sounds cheesy but that is where it has come from. I suppose more specifically, it’s about textures and the natural textures that you find within nature. I set off trying to replicate them and then thought ‘actually, I don’t even need to replicate it, I can cast it straight from the source’. For example, my hoop earrings are cast directly from a piece of bark that I took off a tree.

SGB: Can you talk us through the casting process?

Issy: Yes, so it’s a process called lost wax casting, which I actually can’t do myself due to the cost and scale of the machinery needed to complete the process. So, what the casters do is take the piece of bark, surround it in a Plaster of Paris type material and then burn out the original, to be left with a negative which then acts as a mould. They then pour in the hot wax to the mould and get a direct copy of the bark, which can then be used to make my jewellery. I love this process as it allows me to create a direct copy of what is seen in nature, which I think there is something really special about. 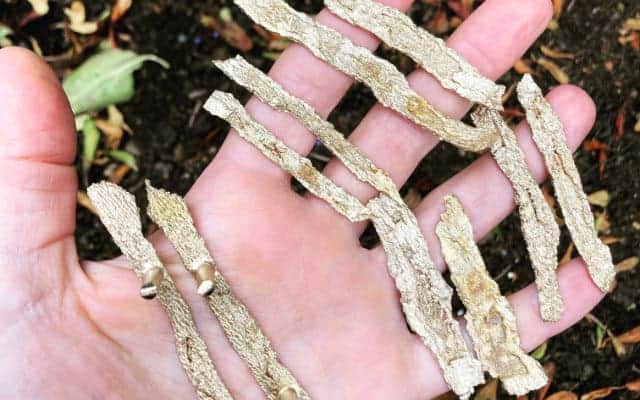 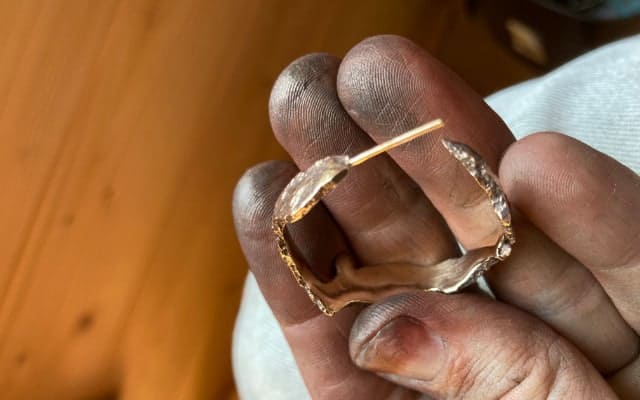 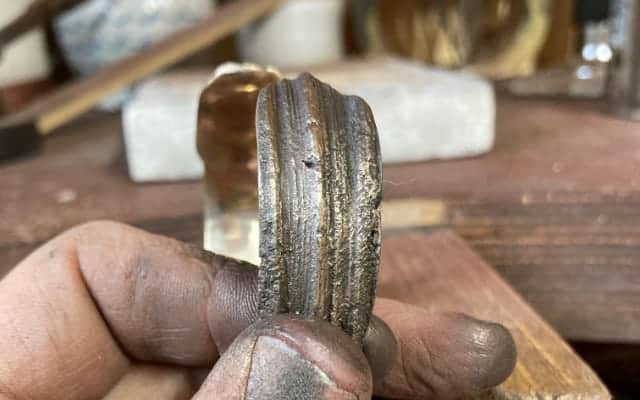 Issy:  I’ve never been very good at working to a design that I’ve drawn. I’m more like ‘let’s sit at the bench and think hmm… what shall we mess around with today’. Very often, something might go wrong and then it will give me an idea that develops into something completely different to what I vaguely had in my head at first. I find it really hard to sit down and do a design and think ‘right, I’m going to make this’ and I don’t know why but it’s never been the way that I do things. To some extent, I suppose it shows in my jewellery as it is more organic and lead by natural forms which can be unpredictable.

SGB: What is the most satisfying part of your making process?

Issy: I think the final piece is the most satisfying part and finally seeing it come together. Sometimes even now, I'll look at a product halfway through and think ‘oh it looks rubbish’ but as soon as you polish it and put the final touches in it comes together, so I think that is the most satisfying bit.I think part of what makes it so satisfying is that jewellery making is quite a mucky job, which is funny because jewellery is a glamorous thing. The wearer is usually quite a glamorous person. Whether you’re talking about my stuff or Tiffany’s, it’s a glamour object but actually, the making is a really mucky and dirty process. You know, polishing is just an absolute mess, I’m not even exaggerating my fingertips are completely black but then when you have this beautiful, shiny product at the end and you get to see it in all its glory, that’s the best part. I have to be honest though I love all of it. I love the cutting, the filing, the soldering and even the polishing, I find it all quite interesting.

SGB: Is there anything in the pipeline for Issy White Jewellery?

Issy: I do other things aside from the casting you know, like more gold, metalwork and stone setting so I suppose what I’d really like to do is spend some time developing the more bespoke side of my brand, as well as, the commercial route that I am heading down by becoming part of Sir Gordon Bennett. 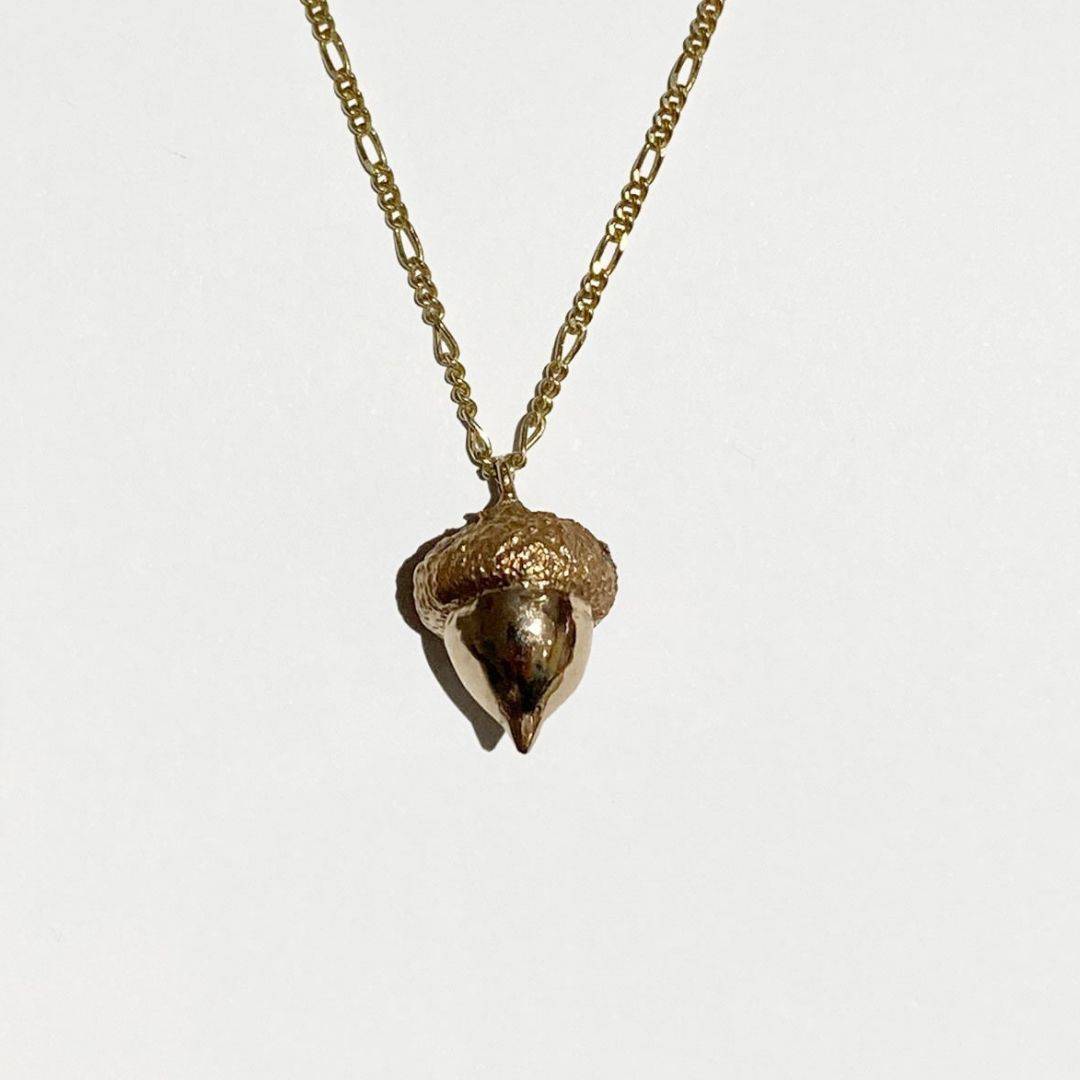 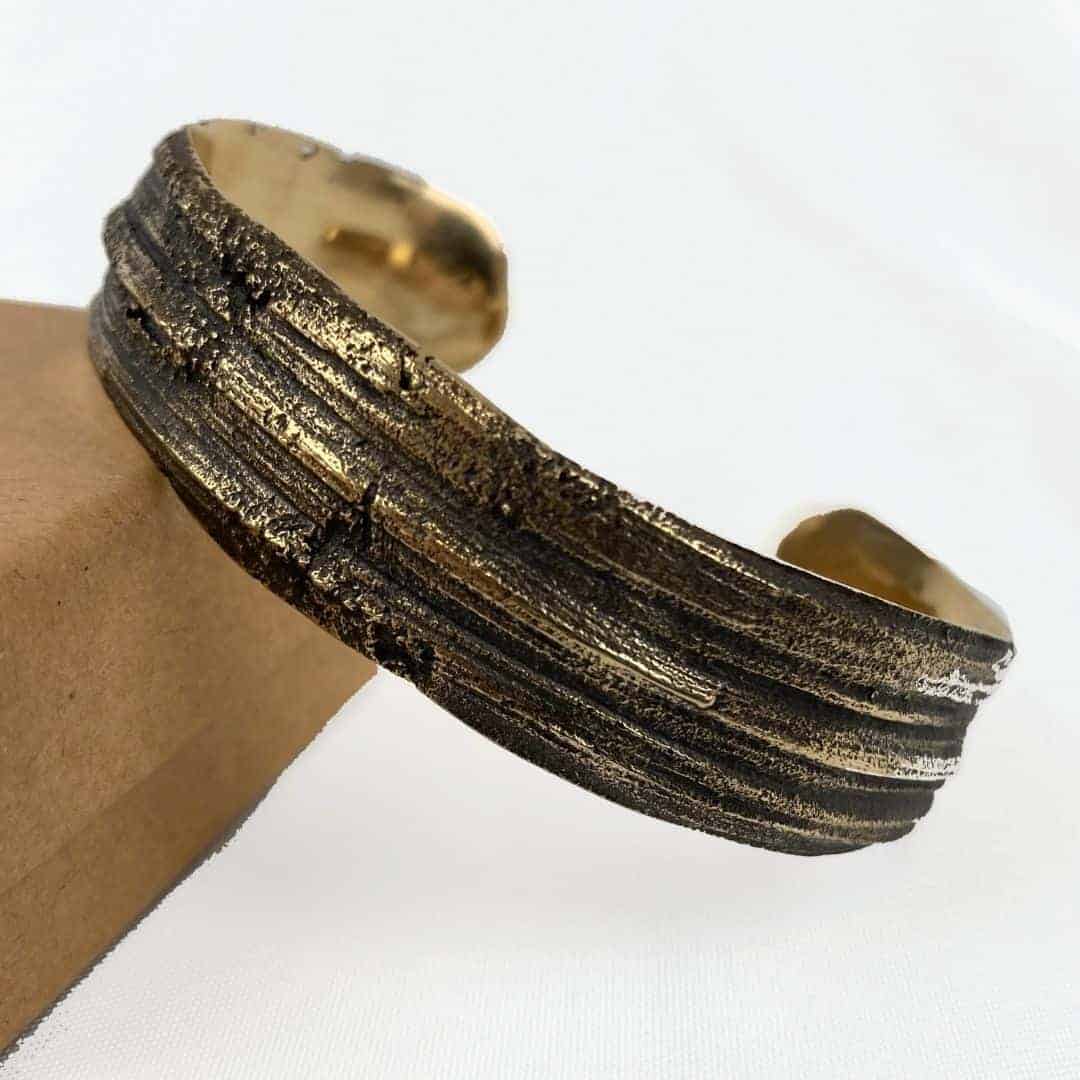 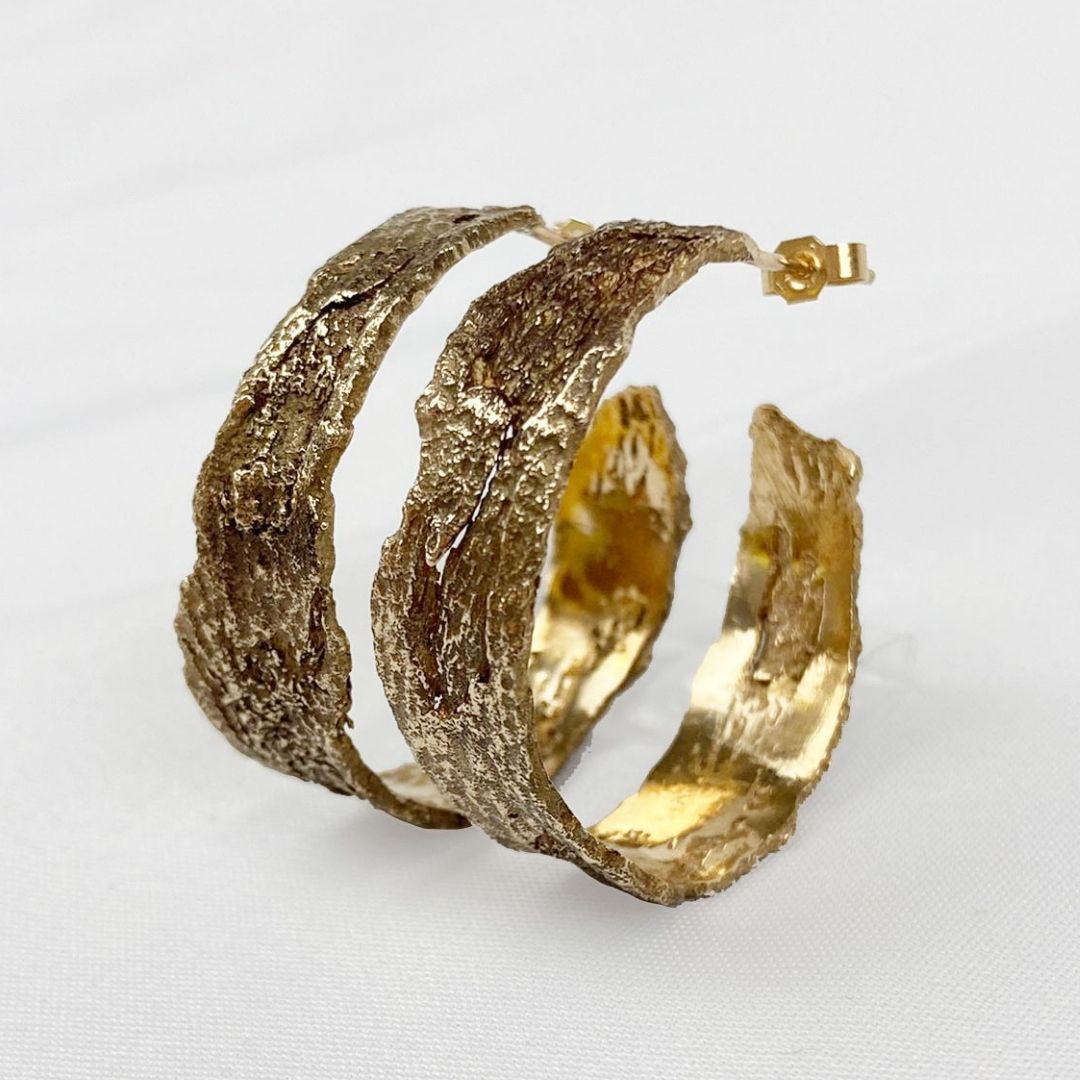 Click here to explore the full range or click the images above to be taken straight to Issy's beautiful products.