A Brief History of PERFUME

And an Introduction to British Niche Perfumes

The Smokey Past of Perfumes

Perfume has become quite an important part of society globally in the last hundred years, with many famous brands achieving huge success. In fact, there are so many different brands, scents and variations that you can have a personal favourite that nobody you know hold as their go to scent.

But where did perfume come from? It seems like a simple question that can be answered with some historical knowledge. But here at Sir Gordon Bennett we love a story, and the story of the origin of perfume and how Britain has taken to it, is quite the tale.

The word perfume is derived, as most English words are, from another language. In this case the Latin word ‘perfumare’ or ‘to smoke through’. Through archaeologists and historians, the original lands perfume hails from have been narrowed down to Ancient Mesopotamia, Ancient Egypt, The Indus Valley Civilization and possibly also Ancient China.

Unsurprisingly, perfumes have been made from roughly the same ingredients for the entire time they have been produced. The world’s potential first recorded chemist, a woman named Tapputi was of Mesopotamic heritage. She is mentioned on a stone tablet dating back to the 2nd millennium BC, with further notations on her recipe. By distilling flowers, oils and calamus (a flowering plant often called sweet flag) with other aromatics. The resultant mixture was then filtered and the process was repeated several times until the desired liquid was produced. We could go into all of the histories of these origin stories, but this isn’t a Superhero story so we will get back to the topic at hand.

The Persian chemist Ibn Sina introduced the process of extracting oils from flowers by means of distillation, the procedure most used today. He first experimented with the rose. Until his discovery, liquid perfumes consisted of mixtures of oil and crushed herbs or petals, which made a strong blend. Rose water was more delicate, and immediately became popular. Both the raw ingredients and the distillation technology significantly influenced western perfumery and scientific developments, particularly chemistry.

There is disagreement regarding if perfumery was completely lost in Western Europe after the fall of the Western Roman Empire. That said, the art of crafting perfumes in Western Europe was revived after Islamic invasions of Spain and Southern Italy. At this time, cities in Spain under Islamic control became major producers of perfumes that were traded throughout the Old World. Like in the ancient world, religious individuals and institutions used perfumes in devotion to their Gods. 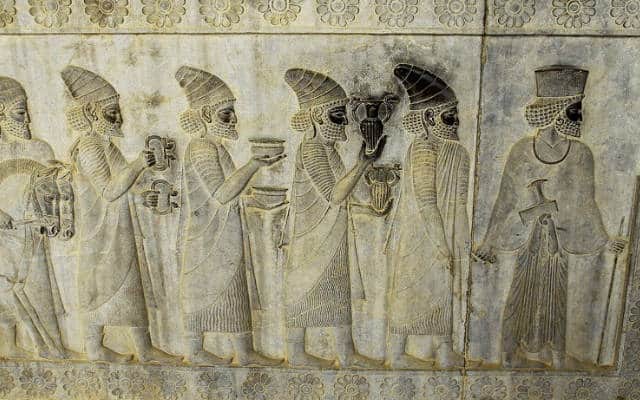 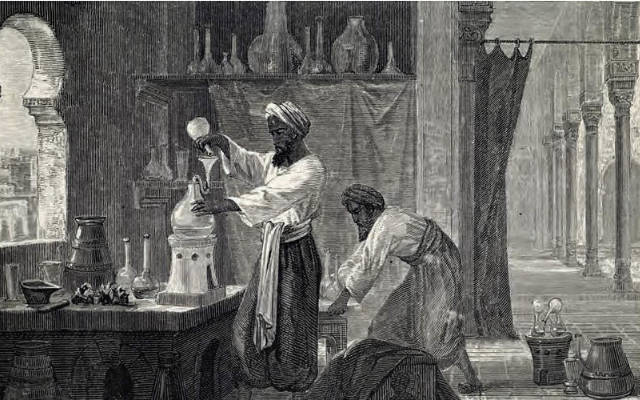 Recipes of perfumes from the monks of Santa Maria Delle Vigne or Santa Maria Novella of Florence, Italy, were recorded from 1221. In the east, Hungarians produced around 1370 a perfume made of scented oils blended in an alcohol solution at the behest of Queen Elizabeth of Hungary. The art of perfumery prospered in Renaissance Italy, and in the 16th century the personal perfumer to Catherine de' Medici, René the Florentine, took Italian refinements to France.

Thanks to Rene, France quickly became one of the European centres of perfume refining and crafting. The growing and cultivation of flowers for their perfume essence, which had begun in the 14th century grew into a major industry in the south of France. Between the 16th and 17th centuries, perfumes were used primarily by the wealthy to mask body odour due to the lower hygiene standards at this time compared to the 21st century, something the teenagers of today seem to do as well with certain aerosols. In 1693, Italian barber Giovanni Paolo Feminis created a perfume water called Aqua Admirabilis, known today as eau de cologne as he created it in Cologne in Germany; which was at the time part of France. By the 18th century the Grasse region of France, Sicily, and certain cities in Italy were growing plants to provide the industry with raw materials. Even in today’s global market, France and Italy remain the biggest of European perfume designers and suppliers. And here we thought that the overly perfumed French man was just a harmful stereotype. 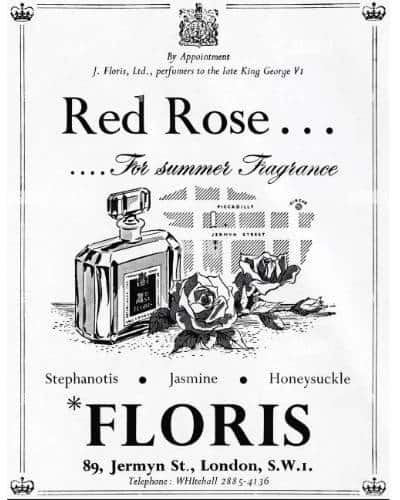 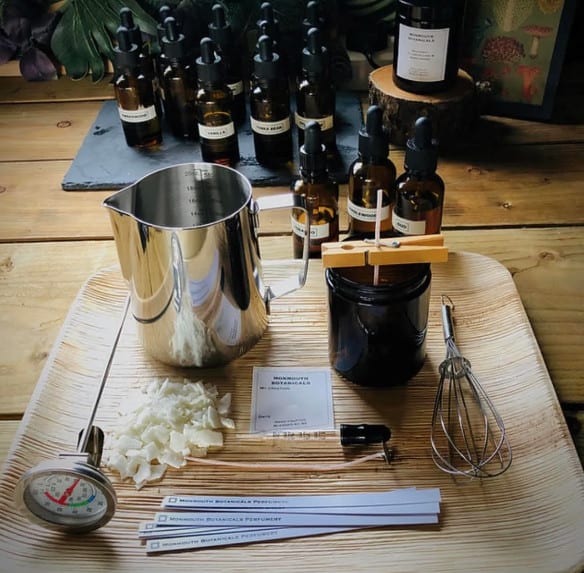 Britain seems to have fallen behind its neighbours when it comes to the manufacture of perfumes and related articles. But that doesn’t mean there aren’t British names that hold weight in the world of perfumery. Floris of London hold claim to the title of ‘The oldest retailer of fragrance in England’, having begun operations in 1730. Initially the company was a barber shop and also produced combs, but given the Georgian time period it’s no surprise that perfumes were soon being produced.

The company was granted a Royal Warrant by King George IV soon after his coronation, however this was simply to produce fine toothed combs for His Royal Highness. It wasn’t until 1971 that Her Majesty Queen Elizabeth II, granted them the Royal Warrant as her exclusive perfumers. His Royal Highness The Prince of Wales followed suit in 1984, granting the warrant ‘Manufacturers of Toilet Preparations’ to Floris of London. Floris also hold several core beliefs that they see as integral to the love for the company within Britain, those are a sense of history and pedigree, which we associate with quality, timelessness, and attractiveness.

All this isn’t to say that the only British perfume brands that hold success in the global market have had over a century to refine and advance their methods and blends. There are a growing number of British brands that are comparatively new, and yet still manage to make a splash. 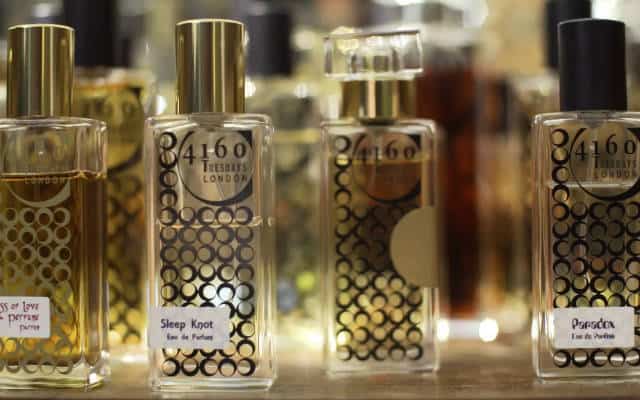 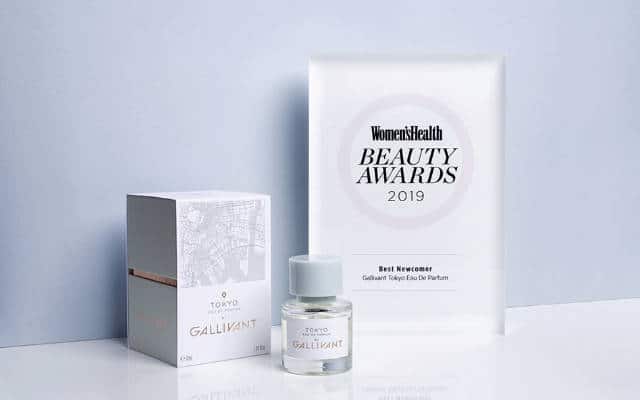 The Rise of British Niche Perfumes

4160 Tuesdays use a sense of familiarity to create their perfumes. Such amazing smells as candyfloss, rockpools, mint rock and suntan lotion have been used to create a blend called “what I did on my holidays”. They have also created a blend called “Summer of 1969” which attempts to capture the feeling of the Summer of Love in London.

Created by Sarah Mcartney in the 2010s after writing a novel featuring a problem-solving perfume. Mcartney set out to see if she could find the perfume in our reality. With this being an impossibility for her she decided to create them instead. It was a long and hard road, but the result was 4160 Tuesdays with a vast rage as of today. Some of which are available in the Sir Gordon Bennett store (wink-wink). The Perfumes from 4160 Tuesdays have won several awards since 2016 which is a testament to the class and quality of the products. A perfect gift for someone who wants to stand out with their choice of perfume.

Another fantastic perfume brand we at Sir Gordon Bennett love is Gallivant. Unlike 4160 Tuesdays, Gallivant is about experiencing the world from in a bottle. Having their perfumes named and based on places of interest and intrigue in our world. With such cities as Naples, Tokyo and Berlin to name but a few. Each of the exquisitely crafted scents is unisex and has many complex layers, much like the cities that inspired them.

Gallivant handmakes their perfumes Lincolnshire and was founded by Nick Steward. A perfumer with two decades of experience from time spent in London and Paris. After spending time creating for big global brands, he went on to become Product & Creative Director of L’Artisan Parfumeur. However he became bored by the bravado of many of the brands, so conceived GALLIVANT to get back to the basics of perfumery. Knowing that the best way to produce a truly unique set of perfumes, Nick decided to work with true artisanal crafters to create his products. This would both offer a varied set of skills and experiences, but also would maintain the celebration of the world that Gallivant set out to achieve in their perfumes.

Wales Perfumery are the first and only niche perfume house in Wales. Located in a secret garden in Monmouthshire Louise Smith founder and head perfumer concocts delightful scents that pay homage to the beauty of the Welsh landscape; FOREST - COEDWIG, COAST - ARFORDIR and COUNTRY - GWLAD.

And another niche perfume brand on Sir Gordon Bennett is a very personal brand, Redolescent. Redolescent are a new British niche perfume brand with a mission to create small-batch fine fragrances with imagination in each bottle. Each fragrance in hand blended in the UK for a truly artisanal perfume experience. Using only the finest ingredients, they craft unisex fragrances that are of the highest quality in their Nottinghamshire studio.

The Smell of Success

From a Renaissance recipe that called for one to “take sixe spoonfulls of compound water, as much of rose water, a quarter of an ounce, of fine sugar, two graines of muske, two graines of amber-greece, two of Ciuet, boyle it softly together, all the house will smell of Cloues.” More of a diffuser than a perfume me’thinks.
To modern blends that use a mixture of science and alchemical fusions to create smells that have most likely never been dreamed of by our ancestors. But through it all Britain has, as usual, shown that this plucky little island of steadfast people, will maintain our creativity. We may fall behind at times, but we don’t give up. If only we could create a perfume to encapsulate that feeling. Though I think the smell of tea, a good roast dinner and rolling fields would be a bit of an odd combination. Back to the drawing board on this one. 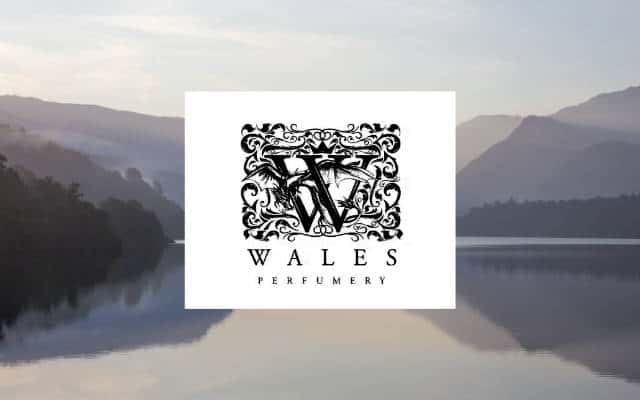 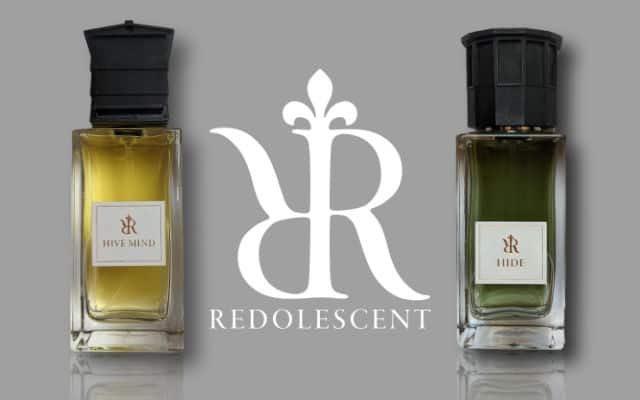 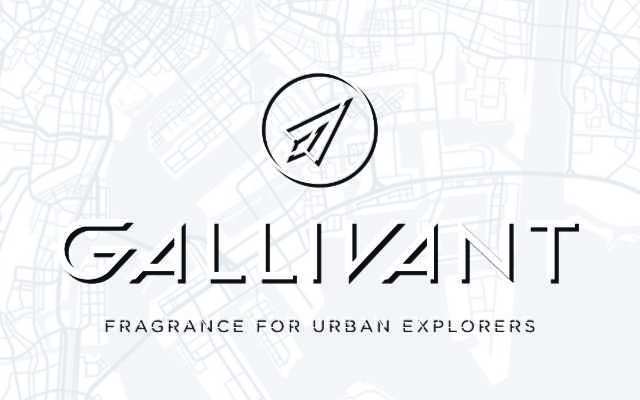 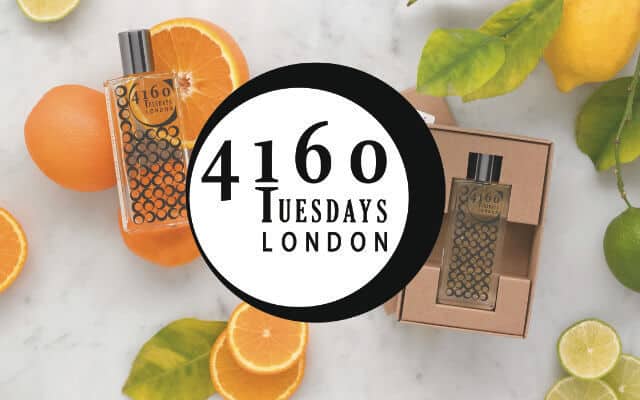