The History of a British Design Icon

Is there any item of British furniture that says British more than the ‘Chesterfield’ sofa? Stout and sturdy like a British Bulldog or leathery and grand like a stalwart Winston Churchill. A Chesterfield is described properly now as a sofa with the arms and back at the same height.

Others would add it should have rolled arms and deeply buttoned upholstery with short legs. However one describes one it is a timeless design classic that evokes Britishness. Smokey 19th century gentleman’s clubs, country manors and backstreet boozers. They are symbols of style and luxury. And a well-made Chesterfield sofa looks just as good in a modern flat as it does in a Georgian townhouse.

Just as the legend of where the saying ‘Gordon Bennett’ came from, the origin of why the Chesterfield sofa is so called is also shrouded in mystery and lost in time. Probably the most oft quoted origination comes from the 4th Earl of Chesterfield, Lord Phillip Stanhope. A taste maker and public speaker of the time. The legend has it that, on his deathbed, he was visited by his godson Solomon Dayrolles. When he said “give Mr Dayrolles a chair” just before he popped his clogs. It is then said that the servant took him at his word and sent Daryolles away with an elegant leather-covered chair with deep-set buttons. We certainly hope he came on more than a horse.

Though it is said that maybe Solomon Dayrolles whom was an ambassador took the chair and displayed it in his residence. Here he would have taken many an esteemed guest who themselves may have been taken with the seat. After their derriere had enjoyed the chair they may have had one commissioned one for themselves. And thus spread the style and name amongst the upper class.

The other story, again to do with Lord Phillip Stanhope. Is that as he was a man of impeccable taste and an advocate of gentlemanly conduct. So, he had the Chesterfield designed and specifically made for gentlemen to be seated upright. So not to crease their suit quite so much. It does seem rather apt that a man such as himself would create such a distinguished piece of furniture. To compound his credentials, he also wrote a collection of letters to his illegitimate son. They were entitled 'Letters to His Son on the Art of Becoming a Man of the World and a Gentleman'. These letters were published posthumously in 1774. What a chap.

Even if Chesterfield wasn’t commissioned by Lord Stanhope, it does seem likely that it originated around the time he lived. But it probably evolved from a French design that was popular around the same time which had, as described earlier, a ‘back that has arms of the same height’ which gave a welcoming hug when sitting. Although leather was less used at the time and they were more likely to be originally made from velvet. 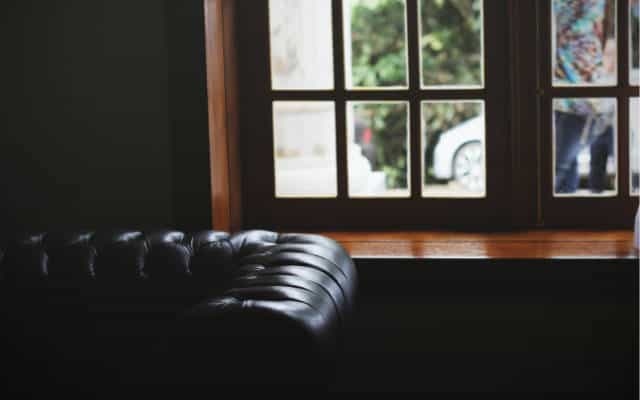 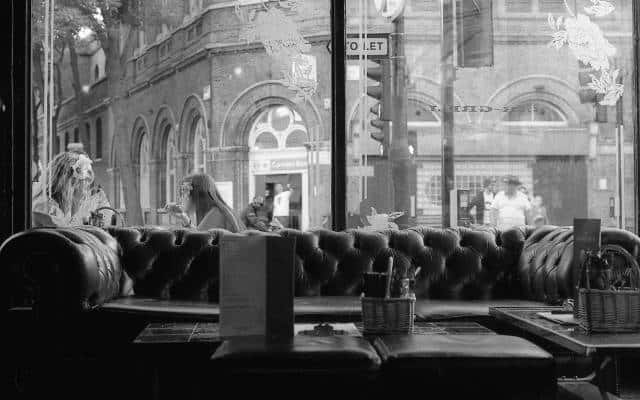 Whether the Earl of Chesterfield did or didn’t commission the sofa is by the by now. We do though know that by the mid 19th Century, they were becoming popular in Victorian homes. Queen Victorian it is said to have had fairly eclectic taste. And we can see in an 1857 illustration of a recently refurbished Balmoral Parlour room two sofas, that are quite clearly what we now consider Chesterfields. The difference being that they are not covered in leather but a rather loud tartan fabric that matches many of the other furnishings in the room.

Leather Chesterfields became a staple across the land not only in homes, following in Victoria’s vain but in gentlemen’s offices too. The deep buttoning it is believed was to make the sofas a touch more uncomfortable. Leather Chesterfields were expensive pieces of furniture and only men of a certain standing could afford them and often would have people waiting to see these wealthy gents. The buttons were designed to discourage them from staying too long, the proletariat can be such a bore don’t you know.

Construction of a Chesterfield Sofa

Even though the earlier Chesterfields look exactly like those we know today, their construction was anything but. They would have been simply stuffed with horsehair like the Woolsack in Westminster, rather than having spring cushions. That was until 1828 when Samuel Pratt of New Bond Street received Great Britain Patent 5668 for "Elastic Beds and Cushions". This would have been a revelation in furniture upholstery and made for a more comfortable seat that is for sure.

The popularity grew for the Chesterfield and particularly in what we suppose you would call ‘homes away from home’ to the landed class - the club. We now couldn’t imagine in our mind’s eye a British gentleman’s club or library without a plethora of Chesterfields. Plus a group of louche gentlemen plotting and scheming behind broadsheets. 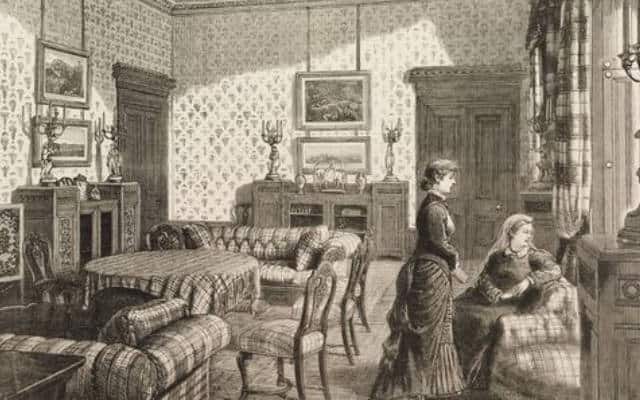 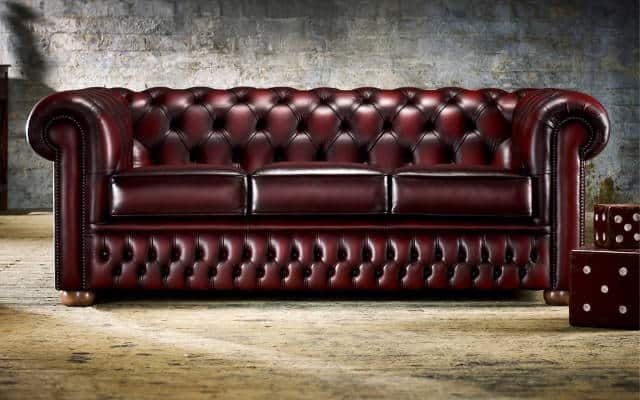 Chesterfield sofas were becoming the mainstay in any self-respecting parlour. And with the Empire expanding they began to find their way across the globe. Army officers and colonial administrators sent to India, Canada, South Africa and Australia felt they needed a piece of home. And it isn’t a surprise that it was the Chesterfield sofa that they sent for. A taste home comforts; reassuring and steadfast. Incidentally, the Canadians still call any sofa or settee a Chesterfield, but where that came from is again lost in time.

But even as the British Empire waned, the popularity of the classic and iconic sofa has never fallen. Its star has shone for close to three centuries. Class, style and elegance with a robust, architectural nature. The lines are clean but offer a comfortable corner to sit. It could be said it is all things to all men.

Maybe that is why Austrian psychoanalyst Sigmund Freud used a Chesterfield as his sofa of choice. He believed that his patients should be comfortable and not distracted when they unburdened themselves. Wherever he went a Chesterfield was in his consulting room like a Watson to his Holmes. Cementing the fact that the leather Chesterfield is the ‘therapist’s couch’. But Sigmund wasn’t the only Freud to be taken with the style and panache of the sofa. Lucian, his celebrated grandson, also had a soft spot for them in his work as an artist. Many of the subjects of his painting posed on or in front of a dark Chesterfield. As Sigmund used the Chesterfield to enter the mind of his subjects, Lucian revealed the soul of his subjects through his paintings.

Without doubt the Chesterfield sofa is an enduring piece of classic design. And Sir Gordon can not see them ever going out of fashion. If anything a traditionally made Chesterfield has become a much sought after item. If this blog has made you think that a beautiful Chesterfield, traditionally made in Britain would fit your parlour, then you could do no better than discover our friends at www.timelesschesterfields.com . Handcrafted in Bolton by master craftsmen and women. A family run business in Lancashire, Timeless Chesterfields came to our attention in 2020 and handmake beautiful pieces to order for customers all over the world, Sir Gordon's HQ included. 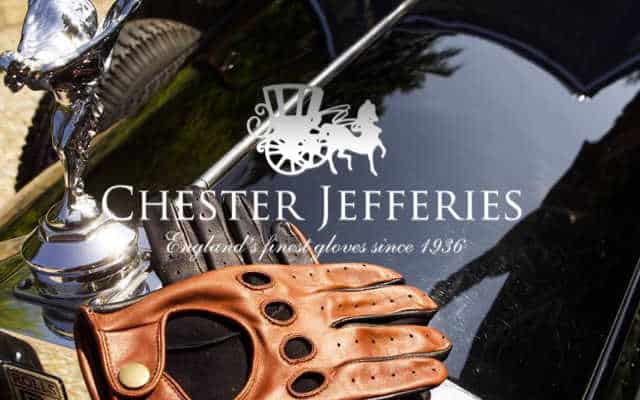 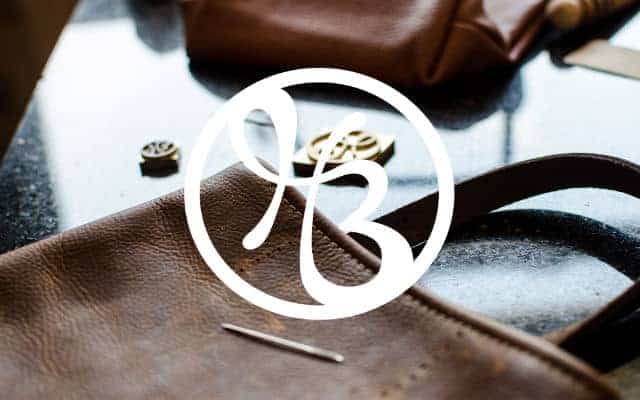 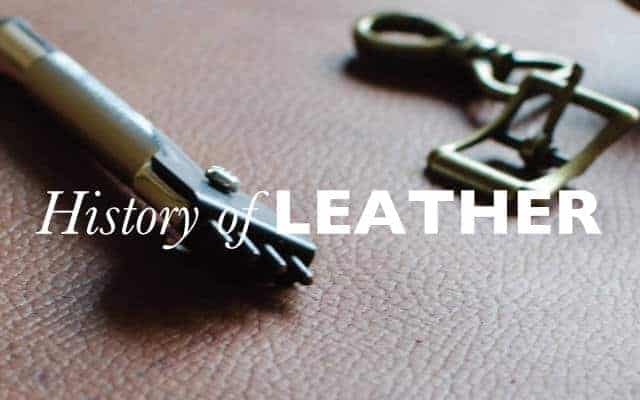 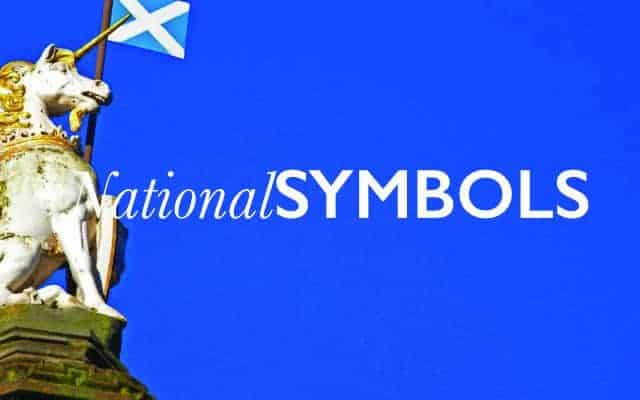